Nearly eight years ago, the High Court in England ruled against a man named Tony Nicklinson in a right-to-die case. Nicklinson had been paralyzed from the neck down for many years after a stroke and asked the court to give doctors permission to end his life on his own terms. Instead of showing compassion, the High Court said doctors who helped patients end their lives would be prosecuted, much like a murder case.

He died six days later. His family said he refused to eat and contracted pneumonia after the Court’s decision. He suffered until the end.

Last year, another man, Paul Lamb, attempted to change the law to legalize assisted dying. Lamb was injured in a car accident in 1990 and has virtually no functioning below his neck. He says he lives in constant pain. He also says he loves life and has no intention to end it just yet. But the 65-year-old says he knows the day will come when he’ll be in a situation similar to Nicklinson’s, and he doesn’t want to die in agony when an alternative route is readily available.

He made this really touching video for Humanists UK:

Paul knows, as he gets older, he will inevitably want assistance to die. Paul wants to be able to end his life at the time and in the manner of his choosing. He argues that the current law — which prohibits any assistance under threat of up to fourteen years’ imprisonment — breaches his human right to a private life.

This wasn’t just rhetoric for Lamb. He wrote a letter at the time to the Justice Secretary arguing that current law prohibiting assisted suicide was incompatible with the European Convention on Human Rights, and the UK Parliament needed to fix that. Because they didn’t, Lamb filed a lawsuit.

Unfortunately, there has now been another setback. The Court of Appeal rejected his attempt to file the lawsuit this past May, and that information has now been made public:

Humanists UK, which has been supporting Mr Lamb in his case, said it had delayed announcing the outcome at the request of Mr Lamb’s carers and medical staff as he had been taken to hospital shortly after the case was refused permission.

In a statement, Mr Lamb said: “I am devastated by this decision, and the powerless position it has left me in.

“Without the option of a dignified death, I now have no choice if my pain ever becomes unbearable, other than the horrifying prospect I was most afraid of from the start — slowly starving myself to death.

“I cannot understand, in a civilised society like ours, why I should be forced to suffer when millions of people around the world already have the choice I asked for.”

He said the court’s decision “condemns me to a life of constant pain, and removes the small part of my life that I could still have some say over — how I want to die”.

The courts basically said this is a matter for Parliament to decide, not them, which is why Lamb’s lawsuit was rejected. But it’s hard to imagine lawmakers will do the right thing. Not that Lamb is giving up just yet:

Paul Lamb has now written to the Secretary of State urging him to take notice of the Court’s decision and calling for him to issue an inquiry into assisted dying, which could pave the way for future legislation.

Without a change in the law, Paul will now only be able to end his life by illegally travelling to Switzerland, or by lawfully choosing to starve himself to death.

It’s worth noting that five nations now permit assisted death, as do eight U.S. states and the District of Columbia. The fact that so many people who call themselves “pro-life” would oppose this sort of action is heartless. No one deserves to be tortured, yet that’s the fate Lamb may soon suffer if politicians don’t get their acts together.

(Thanks to Rick for the link. Large portions of this article were published earlier) 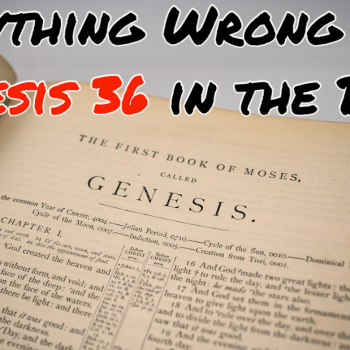