This morning, the Supreme Court announced it would not hear a case brought to them by Satanists who were hoping to overturn Missouri’s medically unnecessary abortion laws. There was no explanation offered with the dismissal, as is typical. There simply weren’t enough judges who wanted to hear this case.

Here’s the backstory: As the law stands in Missouri, if a woman wants an abortion, the state requires her to wait 72 hours before obtaining one, hands her a booklet designed to change her mind by saying life begins at conception, requires her to be given the option of looking at an ultrasound which is supposed to guilt-trip her out of having the abortion, and makes her sign a document saying she was given the book and ultrasound opportunity.

Basically, they’re all right-wing hurdles in the way of her medical decisions. Even if she goes ahead with the procedure, the items are all designed to make her feel really bad about her decision.

But over the summer, the U.S. Court of Appeals for the Eighth Circuit tossed out that challenge, adding to an ever-growing pile of judges who have ruled against the Satanists in this matter.

The Satanic Temple had argued that Missouri’s laws violated their plaintiff’s beliefs which declare that “one’s body is inviolable, subject to one’s own will alone.”

In 2019, the Satanists tried again with an anonymous plaintiff, “Judy Doe,” who the Satanists used so that the courts couldn’t dismiss the problem on a technicality. That lawsuit specifically claimed the state was violating Judy Doe’s First Amendment right to “exercise [her] Freedom to Believe Abortion is Not Immoral and act upon their belief without interference or influence by the State of Missouri.” They also said it was a free exercise violation because the state was “forcing Plaintiff to act and forgo acting in a manner that violates her belief in The Satanic Tenets as a condition for getting an abortion in Missouri.”

The judge, Henry Edward Autrey, dismissed the case by saying there was nothing getting in the way of the plaintiff obtaining an abortion. All the things we would consider obstacles were applied without violating the Constitution, and the plaintiff was never forced to do anything that would go against her religious beliefs.

The Satanic Temple appealed that decision… to no avail. The unanimous decision was short, just eight pages, and it said the law wasn’t “anything other than ‘neutral’ and ‘generally applicable.'” Even if the booklet adhered to the Catholic belief that life begins at conception, the judges said that wasn’t an endorsement of religion. There was no reason to appeal to the full Eighth Circuit bench because it’s almost entirely full of GOP-nominated judges.

That’s why The Satanic Temple asked the Supreme Court to step in. Their request argued that the Eighth Circuit departed from precedent and the Supreme Court needed to decide how religion clauses in the Constitution apply to abortion.

In an effort to help their own case, the Satanists more recently laid the groundwork for this sort of argument by explaining how “Satanic Abortions” involved religious rituals and were therefore under the protection of religious liberty laws.

The Satanists explained their rationale in a press release:

TST cofounder and spokesperson Lucien Greaves feels strongly that the Court is demonstrating religious discrimination against Satanists and believes that Christians making a qualitatively similar claim would not endure such difficulty in obtaining a legitimate ruling. Greaves states, “The Eight Circuit Court has unearthed its fundamental corruption by using the Justices’ personal biases to make decisions that are bereft of established legal precedence. The anti-choice constituency is celebrating the decimation of jurisprudence as if the Court’s refusal to rule somehow constitutes a success. It is deeply disturbing that the Justices have unapologetically undermined our nation’s founding principle of religious liberty in deference to their own prejudices. Every citizen should be outraged when the courts deprive a religious minority of their Constitutional rights.”

TST has appealed the case once more. This time, they hope their audience will be the US Supreme Court. Greaves adds, “It would be a dark day for America and a fatal blow to the justice system if the Supreme Court refuses to consider our case. The Supreme Court might not rule in our favor, but they have an obligation to right a wrong by hearing our arguments and ruling on their merits. Missouri left us with no choice but to appeal the case, and we hope the Supreme Court will rectify this injustice.”

If the Supreme Court took up the case, that could have been problematic too, given its new conservative supermajority. It was possible the justices could have used this case to regulate abortions nationwide in a way that opens the door to further restrictions in red states. There’s an argument to be made that this isn’t the right time to raise any abortion rights challenges to the Court, even if the Satanists felt they were on the right side of the legal issues.

In any case, the Supreme Court said no, denying writ to the case of “Doe, Judy v. Parson, Gov. of MO, et al.” It’s over. If The Satanic Temple wants to fight abortion restrictions again, they’ll have to find a new path forward.

(Thanks to @cwdefllc for the link. Large portions of this article were published earlier) 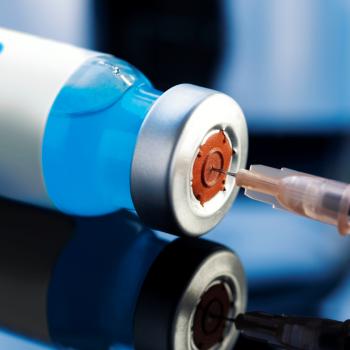 November 23, 2020
TN Republicans Propose Bill to Spread COVID Even After We Have a Safe Vaccine
Next Post 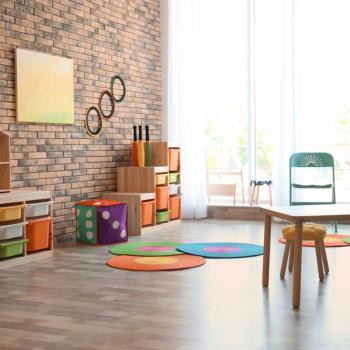