This seems like the natural conclusion of a story mixing religion and COVID.

Last month, Amfilohije Radović, a bishop of the Serbian Orthodox Church, died of COVID. He was 82 and had been going through virus-related health scares for weeks leading up to his death.

As if that wasn’t awful enough, though, when a funeral was held for him days later, it was open casket. His COVID-stricken body was right there, close to all observers, including the 90-year-old head of the Orthodox Church, Patriarch Irinej (below). 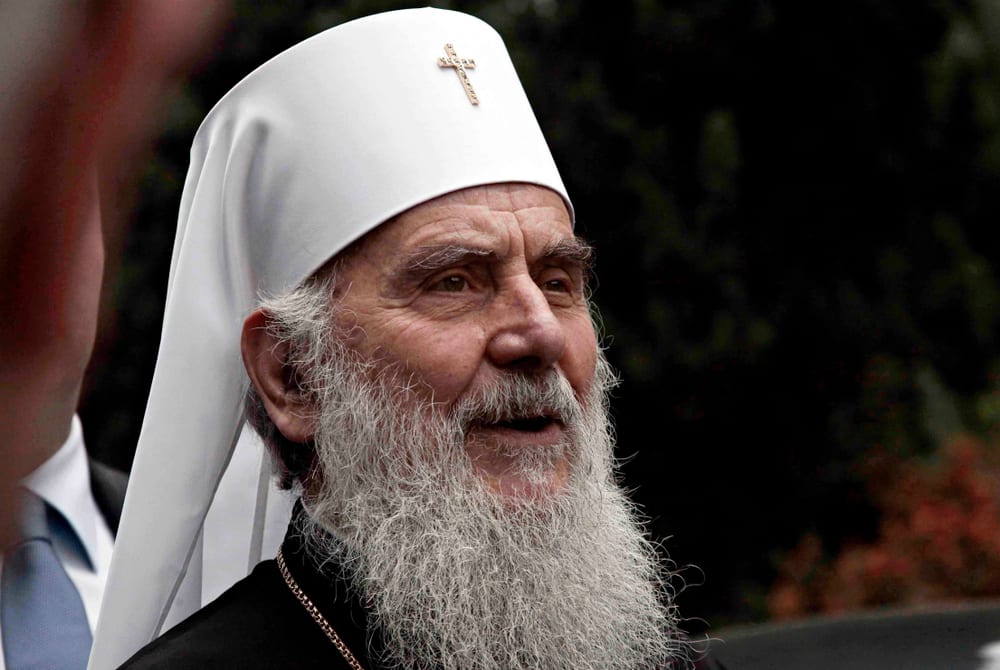 And you’ll never believe what happened next.

The head of the Serbian Orthodox Church, Patriarch Irinej, died in a Belgrade hospital on Friday after contracting coronavirus, according to a statement from the church.

A large crowd had gathered in front of the crowded church, with only a few of the attendees inside the building wearing face coverings. Video of the service showed mourners kissing the deceased cleric’s hands and forehead, as is custom.

None of the priests, including Irinej, who performed the liturgy, wore masks.

That death was entirely preventable. But religious traditions prevented them from listening to common sense and science. There’s no word yet on whether other funeral attendees were also afflicted with the virus.

There was a headline from a Mississippi news outlet a few days ago saying, “After Big Thanksgiving Dinners, Plan Small Christmas Funerals.” Maybe there needs to be a sequel reminding people to be safe at those funerals, too, or else they will lead to more funerals.

For the sake of everyone, may Irinej’s funeral be virtual.

November 20, 2020
Ark Encounter Ticket Sales Continued to Plummet in October Due to COVID-19
Next Post