The Congressional Freethought Caucus has just grown one member larger: Democratic Rep. Don Beyer, a former Lieutenant Governor of Virginia and congressional representative since 2015, announced this afternoon that he would join the group at the urging of Reps. Jared Huffman and Jamie Raskin (who founded the Caucus). 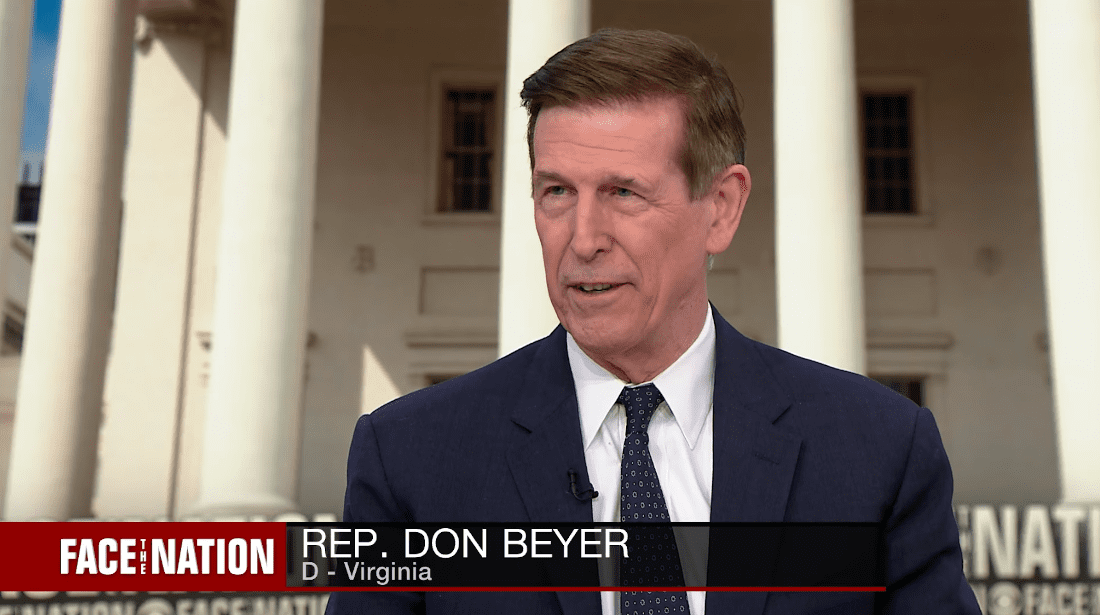 At the invitation of my friends @RepHuffman & @RepRaskin, I joined the Congressional Freethought Caucus, which pushes for science-based policies (key during a pandemic), opposes discrimination against the religious and nonreligious, and defends the separation of church and state!

Given that we’re in a transition period and Beyer just won re-election with 75% of the votes, this is the perfect time to join the Caucus — or do anything that might be perceived as “controversial” by critics. Though let’s be honest: Look at his tweet. There’s nothing controversial about this group!

Like most of his colleagues in the Caucus, Beyer is religious. The Pew Research Center listed him as “Anglican/Episcopal” in their 2018 roundup. However, he’s long been a supporter of (actual) religious freedom. In 2017, in response to Donald Trump‘s Muslim ban, Beyer even introduced a bill — the Freedom of Religion Act — that would have prohibited “barring immigrants, refugees, and international visitors from entry on the basis of religion.”

Beyer has also shown signs of frustration in the past whenever government officials used God to promote bad policy or bad ideas — or twisted the Bible to make a bad point:

The President just said getting the virus that has infected 7.5 million Americans and killed over 210,000 was "a blessing from God."

I have a hunch that if President Obama had quoted people comparing him to “the second coming of God” it would have produced a strong reaction https://t.co/lFS4TbO7Tx

I must have read a different Bible than Jeff Sessions and Sarah Sanders.

One of the most striking passages, Matthew 19:14– “Jesus said, ‘Let the little children come to me, and do not hinder them.’”

The Bible gives strength to those of us fighting to stop this monstrous policy. https://t.co/nqnMJkgzLE

Beyer received a generous reception online after his announcement:

Welcome aboard Don! Unlike that other famous Don, our Freethought Caucus really does attract "the best people"!

Thank you for joining! Your contributions will be valued greatly. We look forward to working with you and the rest of the Freethought Caucus during the 117th Congress!

In case you need a refresher, the CFC was announced in 2018 by Rep. Huffman, a Humanist and currently the only openly non-religious member of Congress.

It now has a total of 14 members, including co-chair Huffman. The others are:

To be clear, this isn’t an “atheist club” for Congress, as some critics have suggested. This is just a group of lawmakers dedicated to promoting reason-based public policy, keeping church and state separate, opposing discrimination against non-religious people, and championing freedom of thought around the world. There’s really no reason anyone should be against this, including religious politicians.

The hope is that the membership continues growing — making the Caucus more influential — while the stigma of being an atheist (or even being associated with non-religiosity) decreases across the country. Those two things are more closely linked than we might imagine.

November 20, 2020
Appeals Court: For Now, a Nativity Scene Can Go Up Outside an Indiana Courthouse
Next Post

November 20, 2020 Ark Encounter Ticket Sales Continued to Plummet in October Due to COVID-19
Browse Our Archives
What Are Your Thoughts?leave a comment