“FOX News Republicans” Think White Christians Have it Harder Than Everyone Else November 20, 2020 Hemant Mehta

There’s a joke on social media for a while now that goes something like this: FOX News did to our parents when they believed video games would do to us.

A new survey from PRRI confirms that sentiment. Researchers found that FOX News Republicans — the 40% of Republicans who trust FOX News as their primary source of television news — are wildly out of touch with reality. They really do live in a bubble.

Some of how that plays out isn’t surprising. While 75% of non-FOX News Republicans view Donald Trump positively, the number jumps to 98% of the FOX News Republicans. They’re nearly monolithic in how they view political figures; they hate Nancy Pelosi, they love Mike Pence, they don’t think climate change is a critical issue.

But check out what they said when asked if there’s a “lot of discrimination” against the following groups: 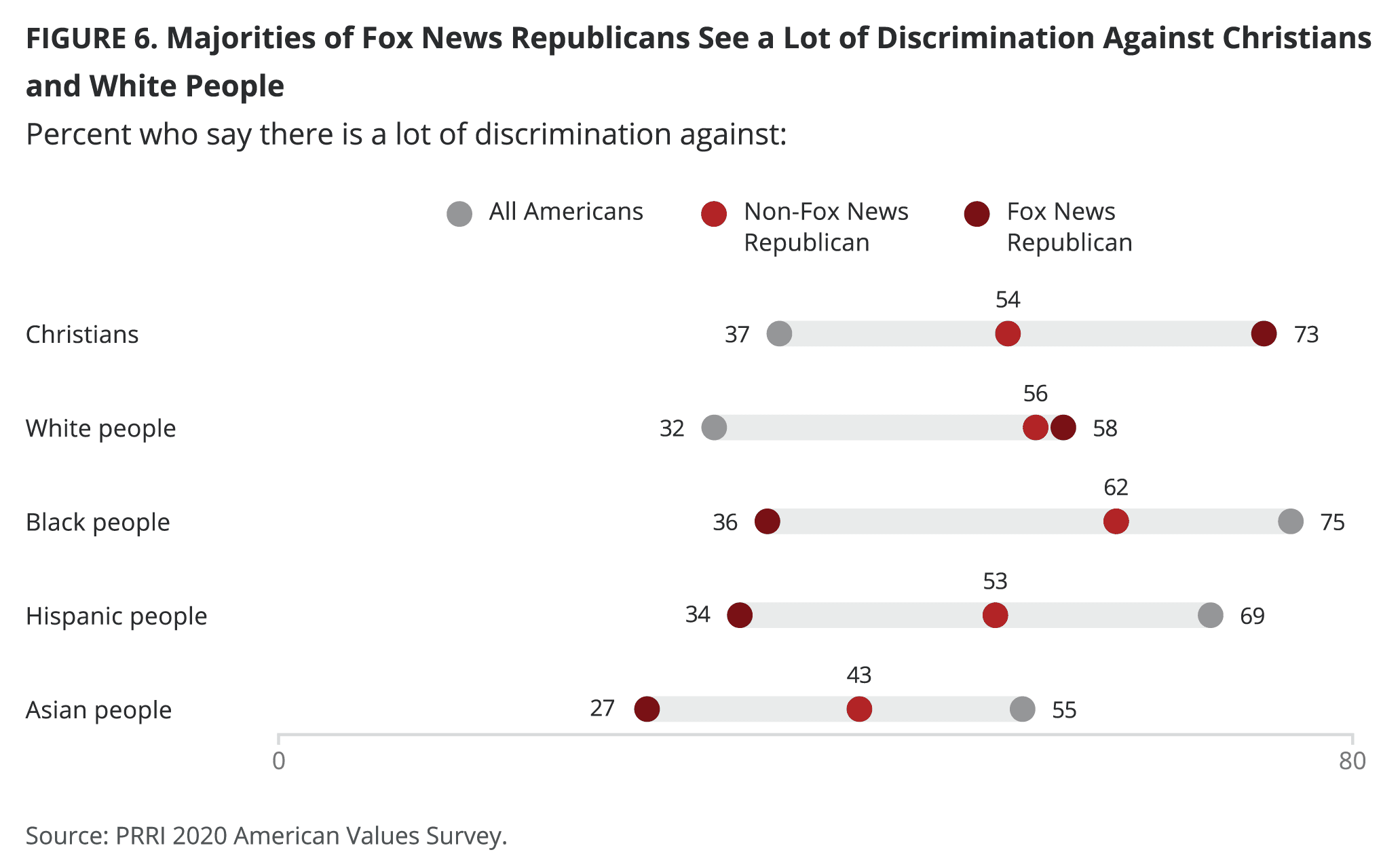 To the FOX News Republicans, Christians are the most persecuted group of people. White people also have it rough (58%)… but only 36% of them would say the same of Black people. While there’s no “right” answer to this question, it seems safe to say these answers are wrong.

Imagine how delusional you have to be to think white Christians have it worse than everybody else. These people don’t just hate the concept of “privilege.” They actively think the people who have the fewest hurdles to overcome in our society are at the greatest disadvantage.

It’s not that much better for the non-FOX Republicans… but we’ve lived with their delusions for decades. They’re just normal wrong. The FOX Republicans are batshit crazy wrong. 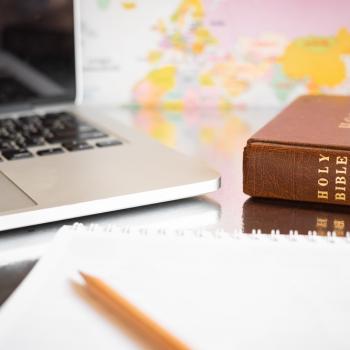