Televangelist: Angels and Ballots in Heaven Are “Crying Out” Against Voter Fraud November 18, 2020 Hemant Mehta

Televangelist: Angels and Ballots in Heaven Are “Crying Out” Against Voter Fraud

Pastor George Pearsons, the son-in-law of televangelist Kenneth Copeland, has been saying for days now that God is very unhappy with the election results.

During a sermon over the weekend — a week after the election was called for Joe Biden — Pearsons claimed angels in Heaven and the ballots themselves are very concerned about voter fraud. (For the record, there’s no evidence of such fraud, certainly nothing so significant that it would affect the outcome of the race.)

“There are mail-in ballots,” he continued. “Some people in some places receive four or five of those, and they used four and five of those. Let’s say that they got four in the mail and they sent the four in, there’s three of them that are crying out, ‘Wrong! This is wrong. This is not right. This is deception.’ It’s crying out. There are others through software that votes have changed, you better believe those ballots are crying out, ‘This is a lie. This is not right. This is not right.’ All the way down the line, even to people who have died and gone to Heaven. … Especially if those people were born again, they’re in Heaven right now and they’re crying out. They’re crying out against the injustice of this. You cannot come against the Lord of the Sabbath, the Lord of angel armies. Angels have been dispatched; they are out there. That is why that voice is crying out. It is not just the people. It is the ballot itself.”

I know conservatives refuse to read up on how elections work, even in states where mail-in voting has long been routine, but no one received multiple ballots. Ballot applications? Maybe. But not ballots themselves. And even if anyone attempted to cast more than one vote, there are systems in place to catch them.

But a lack of evidence has never stopped Christian preachers from assuming everyone else is persecuting them. 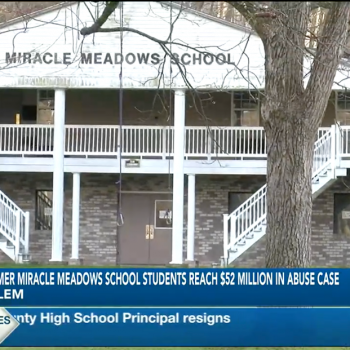 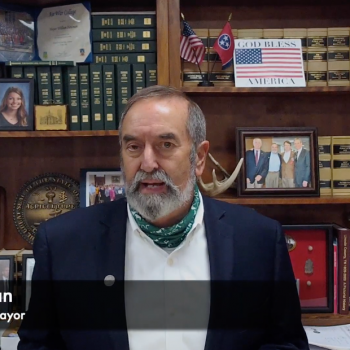 November 19, 2020 A Tennessee Mayor Is Allegedly Rejecting a Mask Mandate Until God Okays It
Browse Our Archives
What Are Your Thoughts?leave a comment