Paula White: Antifa, Black Lives Matter, and the KKK Are All “Anti-Christ”

Keeping with the conspiratorial brand of Christianity that made her rich and famous, Paula White, a.k.a. Donald Trump‘s “spiritual adviser” and the head of the government’s “Faith and Opportunity Initiative” program, said during a service this weekend that Antifa, Black Lives Matter, and the KKK are all terrorist organizations.

Not everything belongs in a trinity. In this case, she’s one for three.

Apparently, fighting against fascism and racism makes you as bad as the KKK. (This is why both sides-ism is a lazy approach to punditry.)

The argument doesn’t even make sense here. Antifa isn’t a group. The people marching in support of #BlackLivesMatter don’t necessarily know about or care what the BLM organization believes about every issue. Needless to say, while individuals who profess to being part of those movements have been violent, it’s hardly indicative of those groups as a whole, which have actively denounced violence in their name. The KKK, on the other hand, exists to terrorize people of color.

But in White’s view, the KKK’s cruelty is no different from the trans-inclusive nature of Black Lives Matter. It’s a reminder that Trump’s “Spiritual Adviser” has no business offering advice to anybody. 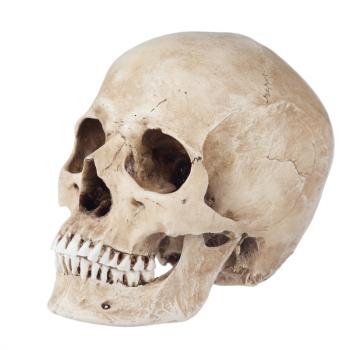 November 17, 2020
Creationist: God Gave Us a Nasal Bone Because He Knew We’d Wear Glasses One Day
Next Post