Last week, the Court of Queen’s Bench of Alberta heard arguments from both sides of a free speech case concerning — of all things — lights on a bridge. 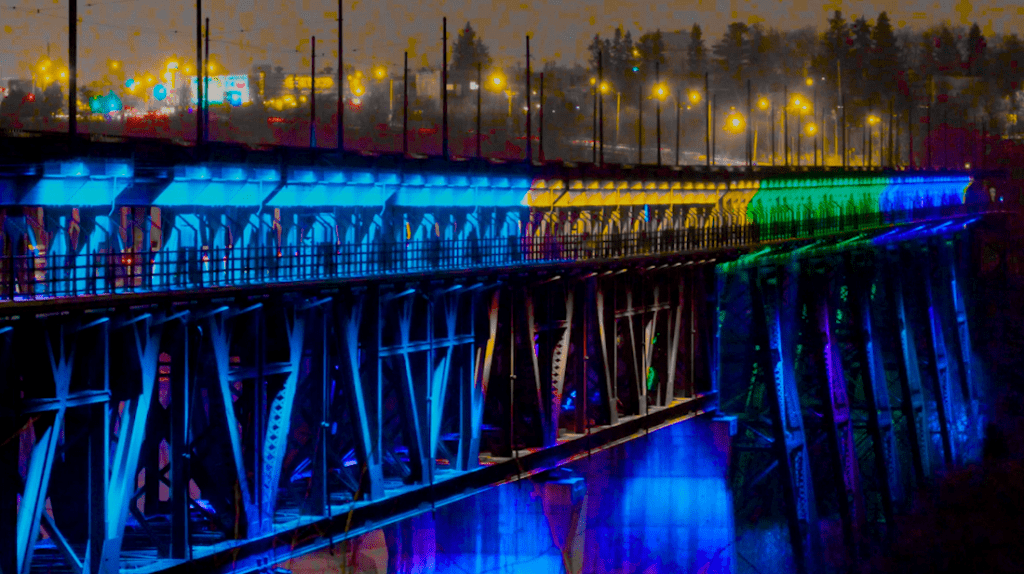 The High Level Bridge is one of Edmonton’s signature landmarks. Its 60,000 LED light bulbs can be programmed with different colors and patterns to represent different events. The City of Edmonton’s “Light the Bridge” program gives groups within the city a chance to request colors that reflect significant events, special holidays, or awareness campaigns. The city promotes it as a fun addition to the local culture:

Light the Bridge celebrates and builds community spirit in Edmonton. The bridge lights are a beautifying element to our cityscape, a symbol of pride for locals, and part of our Edmonton story. They can also be used to help represent Edmonton and share our story with national and international audiences.

Recent color schemes have included red lights for Remembrance Day, pink ones for Bullying Awareness Week, and a yellow/orange/red/green motif for Diwali.

Last year Jerry Pasternak, vice chair of the provincial anti-abortion group Alberta March for Life applied to light the bridge up in pink, blue, and white on May 9, the scheduled date of their downtown protest against legal abortion. The colors chosen were said to memorialize “unborn boys and girls” aborted since the procedure was decriminalized.

The city initially approved the request, but a month later, it rescinded the approval. In an e-mail, city employee Jenny Baker explained the reversal to Pasternak:

Upon further review of your application, it came to our attention that lighting the bridge for this event can not be approved due to the polarizing nature of the subject matter. This is consistent with how we managed a similar request from your group in 2017.

That’s right: It’s not even their first rodeo. The group has tried to get a foot in the door previously, been told they couldn’t use the bridge to promote their cause, and still tried to sneak past again, hoping no one would notice — or perhaps hoping that the prevailing political winds had shifted in a direction that would let them make their case for compulsory pregnancy.

In response to the city’s decision, Pasternak teamed up with lawyers James Kitchen and Rod Wiltshire at the Justice Centre for Constitutional Freedoms (JCCF), who filed a lawsuit arguing that the refusal was a violation of Pasternak’s right to free expression:

It is not unlawful to publicly express pro-life views. In denying permission to the Applicants to also light the Bridge, the City of Edmonton has demonstrated partiality and prejudice on political or ideological grounds… This breaches the government’s duty of neutrality as required by the Charter, and also politicizes the Bridge.

The Light the Bridge program clearly states that it “reserves the right to deny requests that do not merit public support or are mainly personal, private, political, polarizing, or commercial in nature.”

The anti-abortion cause is undoubtedly political. But the JCCF argues that Light the Bridge has embraced other political causes in the past, including LGBTQ rights, “the promotion of sexual and gender diversity,” holidays from non-Christian religions, international independence days, climate change, and local and international awareness days related to political causes.

If that list — and the substance of the suit in general — didn’t tip you off, allow me to say it outright: The JCCF is a partisan organization that’s more invested in conservative talking points than constitutional freedom. They talk a good game about important rights like freedom of conscience and equality before the law. But take a peek at the issues they address on the site, and you’ll find articles decrying the existence of trans athletes, defending conversion therapy, and promoting quarantine resistance.

The City of Edmonton’s legal team noted that the bridge is owned by the city and maintained using municipal tax dollars. That means it’s common for citizens to interpret causes celebrated with Light the Bridge as having the city’s imprimatur.

Had the city proceeded as Pasternak’s organization wished, you might be reading a very different news article, covering the city’s decision to express their support for a group that advocated removing a fundamental right from an incredibly wide swath of Canada’s population.

How could that not be polarizing?

Defending the city, lawyer Shayne Abrams pointed to social media for evidence of the decision’s controversial nature. When Light the Bridge announced its acceptance of Alberta March for Life’s application, the response was explosive.

It’s one thing to use the popular, very public light show to express support and acceptance for specific Edmonton communities, like LGBTQ people or Muslims. Permitting a group to use the lights to express a very specific desire to criminalize and ostracize a segment of the population is a completely different proposition.

The court had not reached a decision as of Friday evening, and there is no word yet on when it will reach a decision. 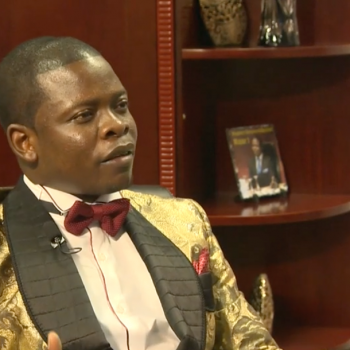