Evangelist Franklin Graham‘s ministry, Samaritan’s Purse, runs a program called “Operation Christmas Child” that basically creates small care packages for less fortunate children — so far so good — but they urge participants to “include a personal note in each shoebox gift to encourage the recipient child in their relationship with Jesus Christ.” Sometimes, they stick a Jesus-y card right in the box. 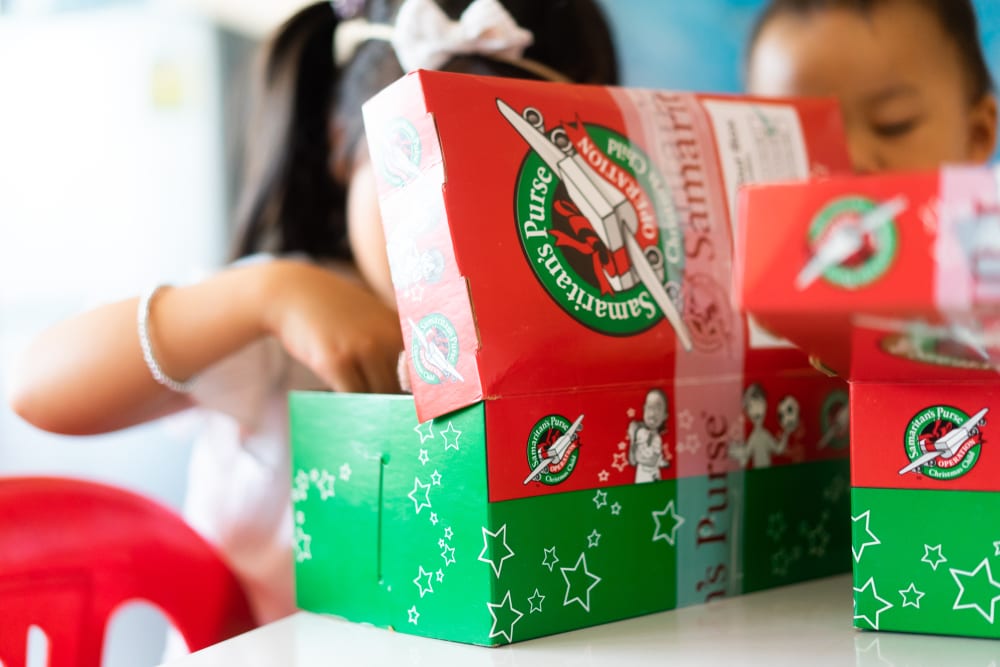 If this was something churches did, fine. But it’s obvious why public schools shouldn’t be involved.

And yet the Freedom From Religion Foundation found out earlier this month that Liberty Middle School in Pratt, Kansas was taking part in putting together boxes for this Christian ministry.

In a letter to Superintendent Tony Helfrich, they laid out the concerns — and pointed out that Vice Principal Ron Hill, who spearheaded this event, had a habit of promoting Christianity while on the clock.

Our complainant reports that on See You at the Pole Day, Mr. Hill announced the event over the intercom, personally invited students to the event, and then led students in prayer. We understand that Mr. Hill also includes religious messages and bible quotes in his official District communications, and that recently during morning announcements he said, “we need to remember to give all the glory to God, whether others agree with it or not, and I don’t care if I offend anyone by saying that.” We understand that bible verses or references to God and Jesus are often included in the morning announcements. Mr. Hill has also reportedly played Christian music during class and made religious statements to students, including telling a group of students that “God is sad when you don’t tuck in your shirts. You are disrespecting God.”

All that is on top of the shoeboxes.

Here’s the semi-good news. Within days, Helfrich responded to FFRF. He said he couldn’t corroborate all of the pro-Christian messaging by Hill, but he did halt some of it. He also learned more about the shoebox ministry and said “its mission is more sectarian in nature than we realized.” So they’re ending that one completely.

FFRF is at least pleased with that step:

“A lot of these groups rely on school authorities being ignorant about their mission,” says FFRF Co-President Annie Laurie Gaylor. “We appreciate how swiftly the district discontinued the fundraising after our alert.”

Whether this was the result of ignorance or deception, the school had an obligation to stop it ASAP. They did. Any families that want to make the shoeboxes can do so on their own time or with their churches. Anyone who’s upset just needs to ask what the reaction would be if any non-Christian group attempted to do the same thing. 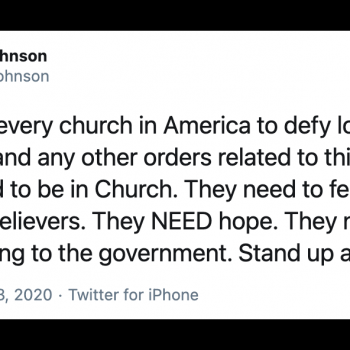 November 15, 2020
Anti-Abortion Activist: Every Church Should "Defy Lockdown" and Gather In Person
Next Post 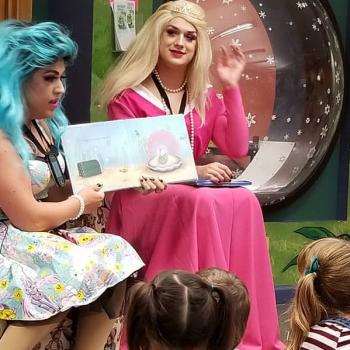 November 15, 2020 Librarians Champion Drag Queen Story Hour in New CBC Documentary
Browse Our Archives
What Are Your Thoughts?leave a comment