On the eve of municipal elections in the city of Saskatoon, Saskatchewan, local LGBTQ organizations are warning voters to be wary of would-be trustee Hudson Byblow. 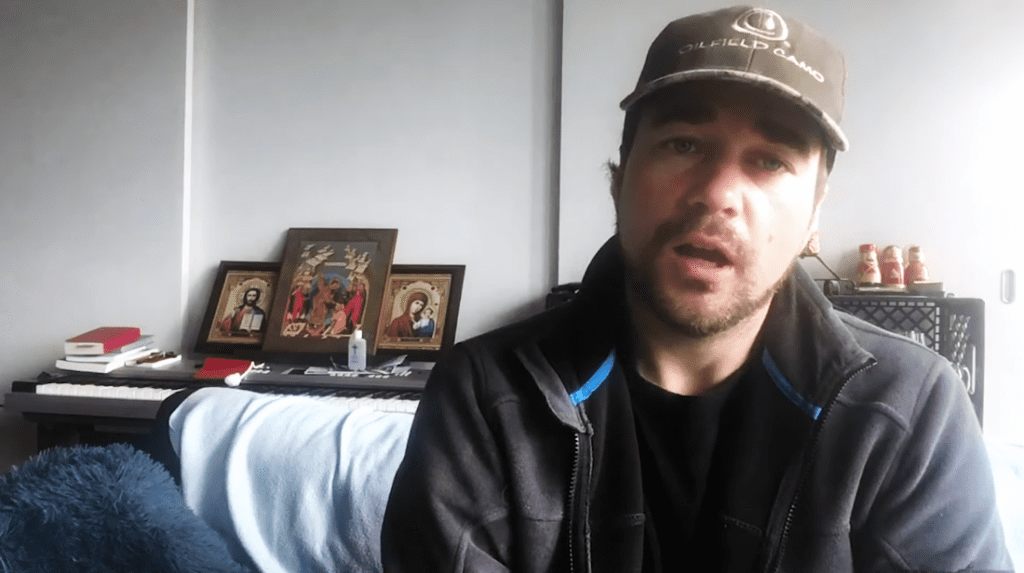 Byblow has built a career as a public speaker on the basis of his ex-gay, ex-trans background. He is a member of Courage International, a Catholic support group for people who want to manage their sexual orientation and gender identity “in accordance with the Church’s pastoral teaching on human sexuality, chastity, and same-sex attraction.” That teaching, of course, holds that LGBTQ people are “intrinsically disordered” and “contrary to natural law” — not just different, but wrong, inferior, and broken.

The practical endpoint of that belief holds that LGBTQ people are required to abstain from sexual relationships indefinitely. As much as Byblow might insist, following the Catholic party line, that “chastity is not the same as abstinence or celibacy,” the Church’s rules amount to the same thing. Chastity means no sex outside of heterosexual, ideally procreative marriage. Queer Catholics set on following Church doctrine to the letter, then, are left to choose between marriage without attraction or lifelong celibacy.

As tragic and misguided as it seems, Byblow is free to waste his life believing that the way he falls in love is irreparably broken. But that’s not enough: He’s actively involved in campaigns to make sure other people have to live by the rules his church has set.

His video testimonial opposing Bill C-6, Canada’s proposed federal conversion therapy ban, appeared on Campaign Life Coalition’s Stop the Ban website. Despite claiming that he does not support the scientifically discredited practice, he uses the typical anti-ban rhetoric of free speech and religious bigotry to argue that the bill “makes ideas that broaden the narrative a form of hate.”

He claims that the Church doesn’t try to force people to pretend they don’t feel “same-sex attractions and transgender inclinations” if that’s not authentically true, and that’s technically accurate. Courage International doesn’t require participants to pretend they’ve been cured of all unwanted feelings. It just requires them to view those feelings as sinful, sick, and broken, and to commit to a life of struggle against one’s own nature.

He claims he just wants his perspective to be one more available narrative in the marketplace of ideas. But elsewhere, his rhetoric on the subject makes clear that he views his understanding of queer and trans narratives as the only valid one:

The problem is that even though people have the good desire for justice, their paradigms of reality are increasingly shaped by cultural forces in ways that are devoid of the consideration for the truths written into creation, which form the bedrock of justice. That is to say, measures like this are paving the way to a future where truth is secondary to sentimentalized value-sets, and since the Catholic Church upholds truth, it is seen by many that the Catholic Church needs to be annihilated (or eroded).

Again, that’s the view that LGBTQ people are intrinsically disordered, that their authentic attractions and relationships are always sinful, and that the only proper way for them to live is by denying those inclinations.

Teachers should also be aware of Byblow’s position piece, “Catholic Schools Are Right to Use Morality Clauses.” In it, he argues in favor of nebulous “virtue-focused agreements” that he claims would prevent anti-LGBTQ discrimination — “virtue is for everyone,” he notes — but which would actually strip protection from all employees by virtue of their lack of specificity. That leaves plenty of room for prejudice to creep in, given that such morality clauses are already weighed more heavily against women than men, or against same-sex relationships than opposite-sex ones.

To put somebody with this anti-LGBTQ agenda into a position of power over students is a discrimination case waiting to happen. It’s far from clear that Byblow is able to act impartially in the best interests of students and staff, not when some of those people will inevitably turn out to be queer. Says Kristopher Wells, who serves as Canada Research Chair for the Public Understanding of Sexual and Gender Minority Youths:

It’s very concerning to have a candidate for trustee who has such negative or discriminatory views against the LGBTQ community. What is an LGBTQ student or teacher in that school district going to feel, to see someone like that in the position of trustee?… If you don’t start from that premise that there’s something wrong, broken, disordered, immoral, or evil about LGBTQ people, then you’re not going to want to change them, or try to cure them, or try to fix them.

LGBTQ groups in Saskatoon have expressed similar concern about Byblow’s candidacy. He earned a failing grade on an LGBTQ equity report card released by Saskatoon Pride in partnership with OUTSaskatoon, refusing to respond to the groups’ questions.

Amanda Guthrie, OUTSaskatoon’s education manager, acknowledged that most of the Catholic board candidates likewise failed to respond. However, she singled out Catholic candidate Blake Sittler as proof that Catholicism contains a spectrum of responses to LGBTQ rights. Sittler’s response, she noted, was thoughtful and positive enough to net him a spot in the top five overall trustee candidates.

Byblow doesn’t have to be an insufferable bigot to practice his faith. That’s a choice.

The children of Saskatoon deserve better.

The election, originally slated for November 9, was postponed due to severe winter weather over the weekend. Saskatoon plans to operate condensed polling on Friday to make sure the city’s electors have the opportunity to vote — hopefully to cast their ballot against hate. 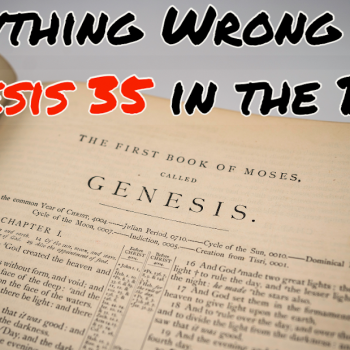 November 11, 2020 Everything Wrong With Genesis 35 in the Bible
Browse Our Archives
What Are Your Thoughts?leave a comment