An Arkansas police chief has resigned after his batshit crazy social media posts became public knowledge. Maybe the bigger story is how confidently he thought he could get away with it.

Lang Holland, the police chief in the city of Marshall, first made headlines over the summer when he said he would never go along with any kind of mask mandate, including the one the Republican governor had signed a day earlier. Holland declared on the police department’s Facebook page (in a now-deleted post) that the mandates were “killing our economy” and would lead to a “failed communist state.” 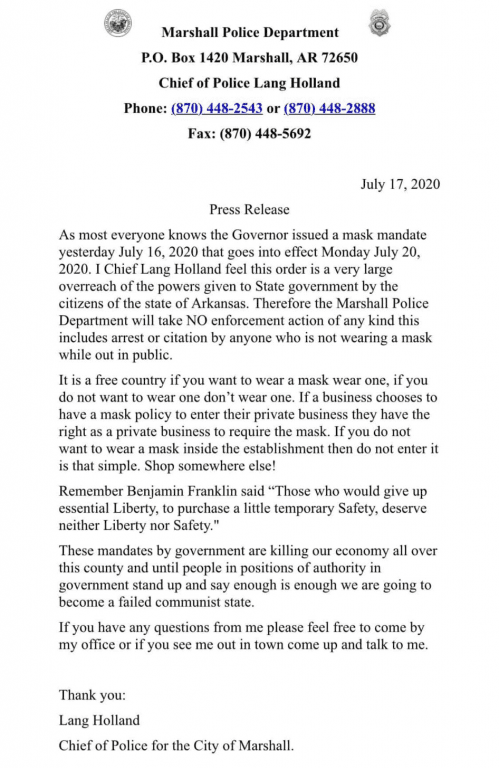 It’s one thing to be powerful and ignorant. But things got even worse when Holland got on Parler, the right-wing wannabe Twitter clone where members assume free speech means they can say whatever they want without consequences.

Holland’s bio doesn’t hide his identity — it uses his real name — and even includes the descriptor “Chief of Police for a small town in North central Arkansas.” His posts are as insane as you’d imagine: 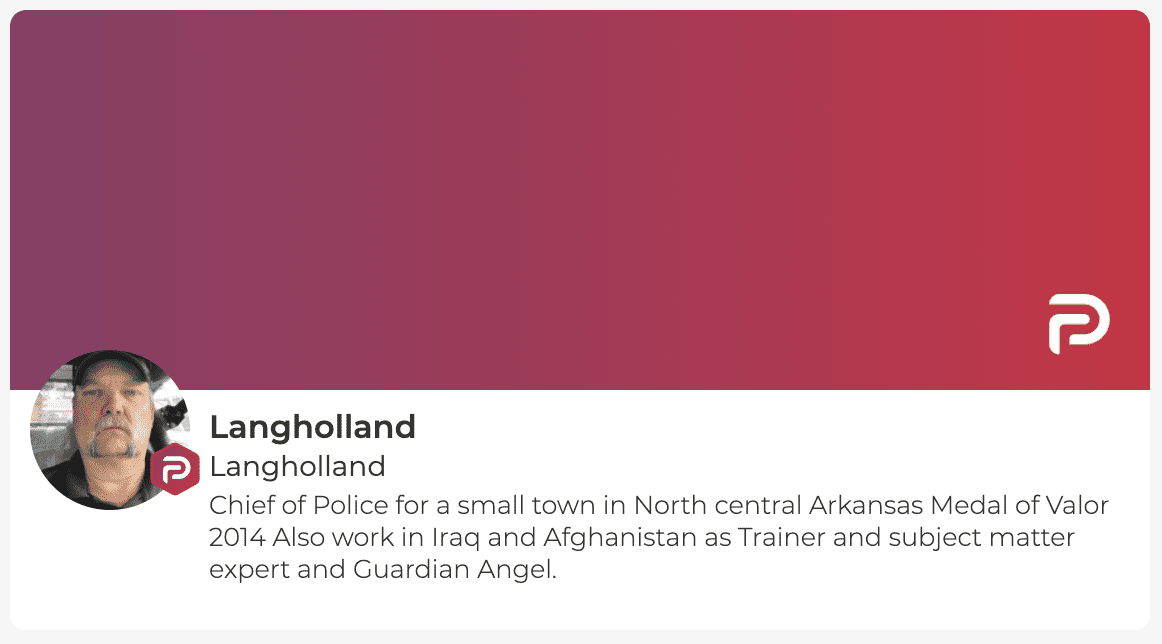 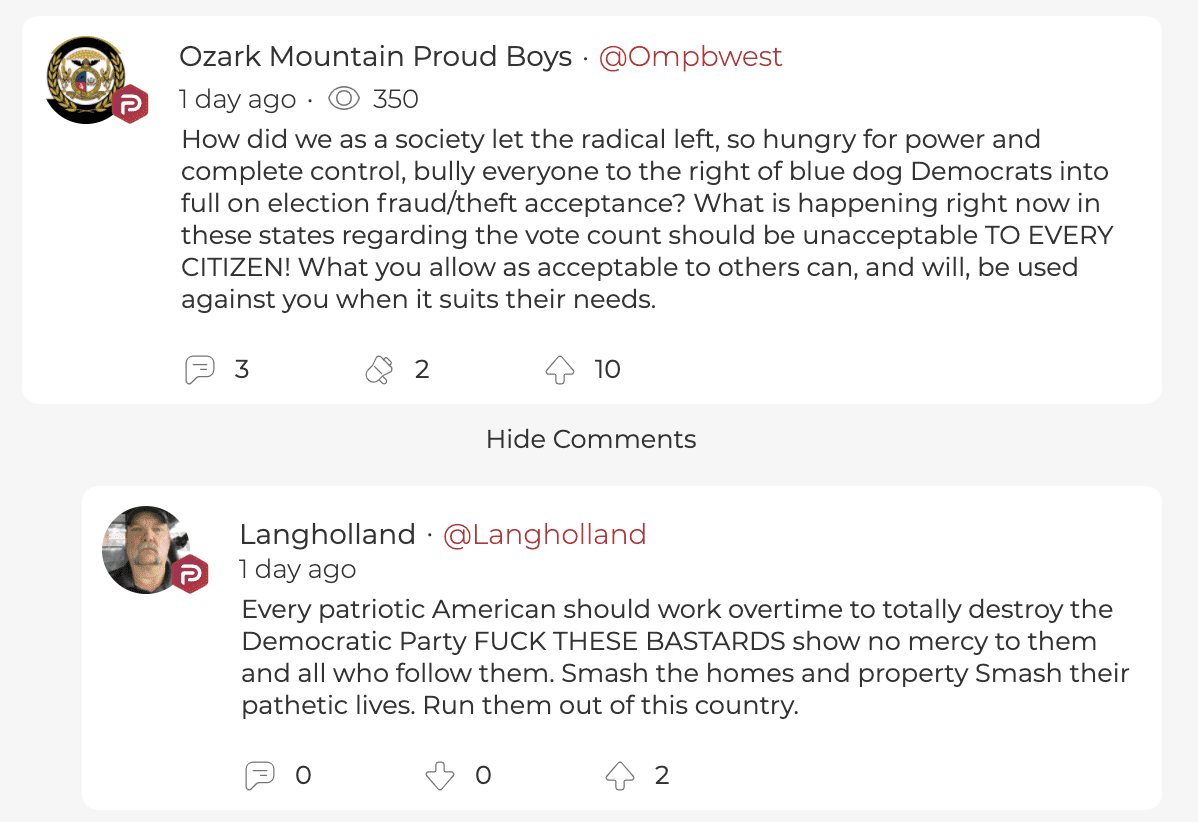 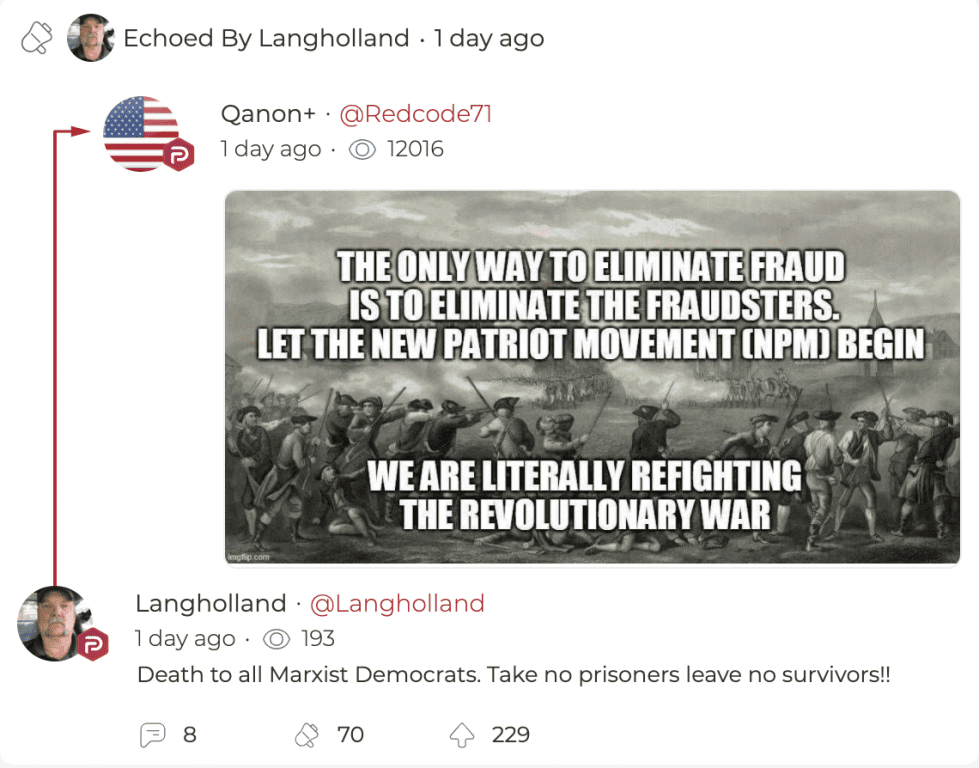 It’s not the language so much as the sentiment. Holland says we should “Smash the homes” of Democrats and “run them out of this country.” He urges people to be violent towards them and “push them off sidewalks.” He also says “Death to all Marxist Democrats.”

And if you’re wondering if that’s really him, it’s not like his language is any different when he’s posting things in a professional capacity:

Looks like Holland’s hatred is now catching up to him. After initially claiming those posts weren’t his — and after another Parler profile describing Holland as a “Secular Humanist” and supporter of LGBTQ+ rights sprang up and claimed to be the real him — Marshall Mayor Kevin Elliot said over the weekend that Holland had resigned and is “no longer employed with the city.”

The question remains how much overlap there was between his job and his beliefs. Did he ever act on his intolerance using the weight of his office? How many bad apples does it take before this sort of bigotry is rooted out of law enforcement? And does this bigot still have access to guns?

This isn’t just some internet troll. This is a dangerous person who fantasizes about killing his enemies and lays out exactly how he wants to do it — who somehow ran a police department. And he wasn’t hiding his beliefs either, which suggests people around him were well aware of it and did nothing. It’s just rot all the way down in this place.