With the call that Joe Biden is the president-elect, we will soon end four years with Christian Nationalists running the Executive Branch. Donald Trump was never devout himself, but he surrounded himself with Christian leaders who used the government to promote their personal conservative brand of evangelical Christianity — with all the harm that comes with it. 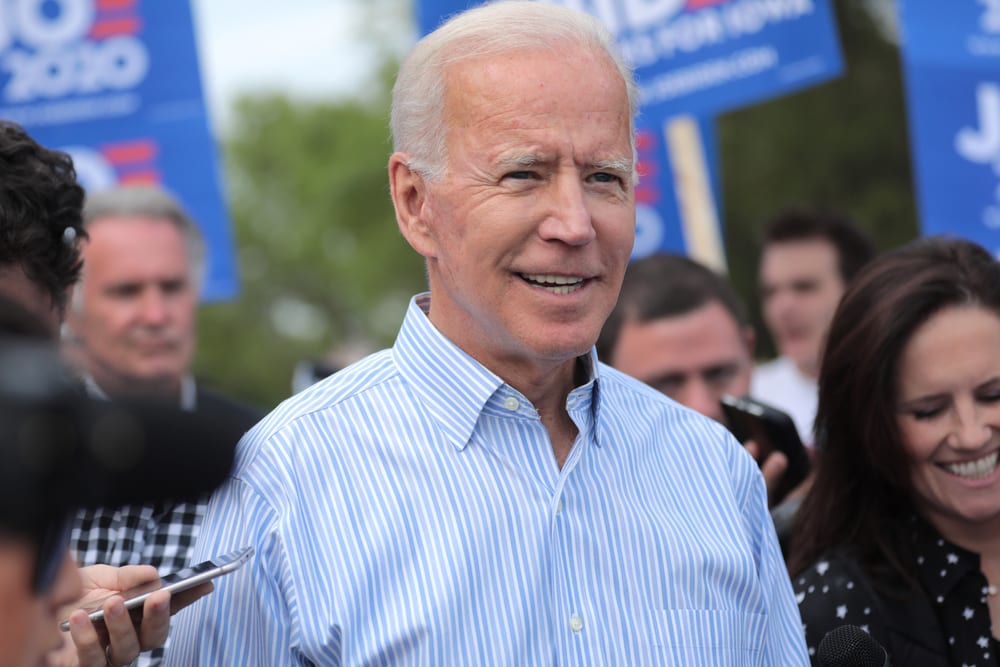 Those Christians used their influence to punish Muslims, install right-wing anti-abortion judges, reward their religious allies with taxpayer funding and access, while remaining silent whenever the government committed atrocities. (Ironically, they’re about to find out that karma is all too real.)

The Freedom From Religion Foundation (which doesn’t endorse candidates) celebrated the presumed shift to government neutrality on religious matters:

After years of playing defense, FFRF is no longer in that situation. It appears we have a path cleared to achieving gains for our movement to keep religion out of government and public policy.

President Trump was carried into office on a crest of Christian Nationalism four years ago, a wave that was hostile to everything FFRF works for. We trust the relentless religious assault we’ve been beating back for four years will diminish — and we’ll do everything in our power to ensure that.

FFRF rightly notes that their work will be much more difficult because Republicans have hijacked the federal court system. They refused to consider Barack Obama‘s nominees and pushed through many unqualified conservative judges to lifetime appointments on the federal bench as quickly as possible. If Republicans hold the Senate, you can expect them to return to halting the entire system to block Biden from getting his nominees confirmed to those same seats.

But the Senate remains in flux. Two races in Georgia, on January 5, will shape the future of what this administration can accomplish. We have one more chance to defeat Mitch McConnell.

Regardless of that outcome, though, Americans United for Separation of Church and State is already calling for Biden to adopt favorable policies:

“We call on President Biden to take immediate action to reverse Trump’s harmful policies and adopt policies that respect the separation of church and state. Americans United’s “Agenda to Restore & Protect Religious Freedom” for the Biden-Harris administration includes:

“Now more than ever, we need to take a stand for church-state separation. Americans United looks forward to working with the Biden administration to make sure the United States lives up to its ideals of being a place where people of all faiths and none are welcome, equal and free to practice their beliefs as they choose, as long as they don’t harm others.”

This sentiment isn’t new, but I’ll say it again. We worked four years for this moment. Let’s take some time to celebrate. And then let’s put pressure on this incoming administration to make things right and make things better. Unlike Trump’s side, we’re not asking for the government to give us special benefits; we’re asking for religious neutrality. That shouldn’t be controversial.

Joe Biden must build a wall. Between church and state.

I hope the incoming administration takes seriously its obligation to represent the interests of Americans of all religious beliefs — and none — rather than entrenching a narrow vision of religious liberty that elevates one particular religious perspective above others.

No matter who is in the White House, our work will continue. Demanding the absolute separation of religion from government protects the rights of all Americans, including those who are religious. It is my sincere hope that the incoming Biden administration will work productively with our community, ensure that atheists and nonreligious Americans have a seat at the table, and elevate our voices in the policy discussions taking place in Washington.

Starting on January 20, Joe Biden and his administration must take immediate steps to roll back the dangerous policies of the previous administration that have undermined religious equality and put the rights of countless Americans at risk. The President-elect ran on a platform of ensuring access to reproductive healthcare, protecting LGBTQ Americans from discrimination, and closing loopholes that allow discrimination by religious healthcare providers.

We are ready and eager to work with the Biden Administration and the incoming Congress to live up to those promises.

November 7, 2020
Christian “Prophetess”: Trump Won by a "Landslide" If We Redefine "Landslide"
Next Post 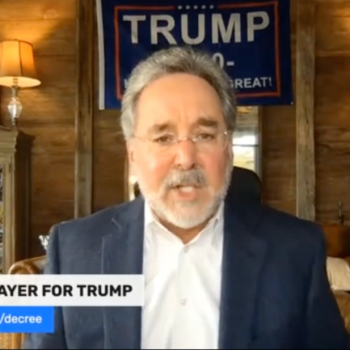