Less than two months after pleading guilty to assault charges arising from his participation in anti-LGBTQ violence at Hamilton, Ontario’s 2019 Pride in the Park celebration, Chris “Helmet Guy” Vanderweide is back in the news… and back in trouble with regional police. 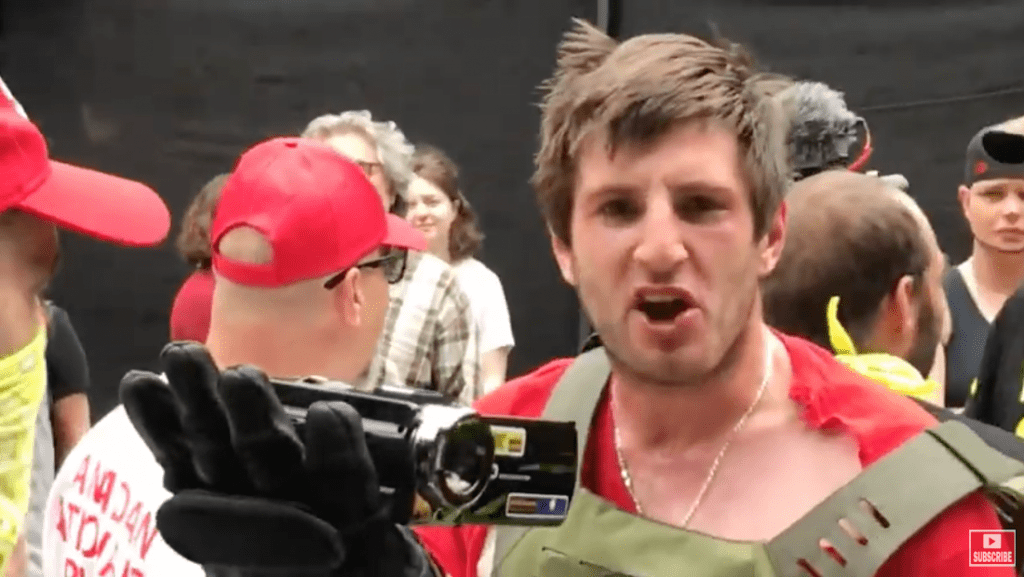 They call him “Helmet Guy” as a result of the Hamilton attack, during which he was captured on video bashing two people in the face with a helmet. Later the same summer, Vanderweide picketed Toronto Pride and took part in a violent altercation at the Eaton Centre.

Maybe he’s restless, having no real-world Pride parades to picket in 2020. Just like the rest of us, he’s moved his misbehavior online. That’s where he uttered threats against members of the Canadian Anti-Hate Network (CAHN) in a private Facebook group chat comprising members of Urban Infidels Canada, an anti-Islam, anti-LGBTQ hate group that proclaims to defend “our country’s Christian values.”

The threats specifically targeted two CAHN members, executive director Evan Balgord and chair Bernie Farber. During an argument with fellow far-right troll Jordan Justein, Vanderweide opined that Balgord and Farber are “evil pieces of trash and should be shot” because they “destroy Canada and enjoy it.”

[Warman’s] work has predominantly focused on the white supremacist and neo-Nazi movements, particularly the spread of hate propaganda through the Internet. Since 2001, he has been the successful complainant in 16 consecutive cases before the Canadian Human Rights Tribunal dealing with Internet hate.

Hamilton Police Services (HPS) shrugged off the incident, which seems pretty well consistent with their response to the attacks on Pride last summer. So Warman, et al. reached out to York Regional Police (YRP), who arrested Vanderweide on Sunday and charged him with one count of uttering threats and another of breaching probation.

According to CBC News, the conditions of his probation were as follows:

Vanderweide received a one-year suspended sentence that included anger management counseling. His probation conditions also said he could not go to Gage Park for a year or contact his victims or another witness to the event.

He also could not possess any weapons and had to keep the peace.

There’s no reason to suspect he’s acquired weapons or bothered his victims, but calling for folks to be shot seems to fall short of any reasonable definition of “keeping the peace.” It also rather seems to indicate that the anger management isn’t really doing the trick, at least not yet. One wonders: can it make a difference if the person with the problem doesn’t want to change?

Vanderweide, currently out on bail, is slated to appear in court on November 23. Hopefully he can keep his helmet clean until then. 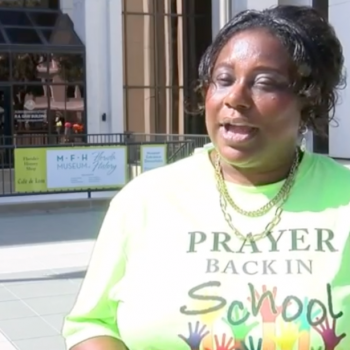