With a conservative supermajority on the Supreme Court, activist Felecia Townes has decided now’s the time to undo a longstanding legal precedent: She wants forced prayer back in public schools.

Townes recently visited the capital of Florida, Tallahassee, in order to officially start up a petition to put the matter to voters: 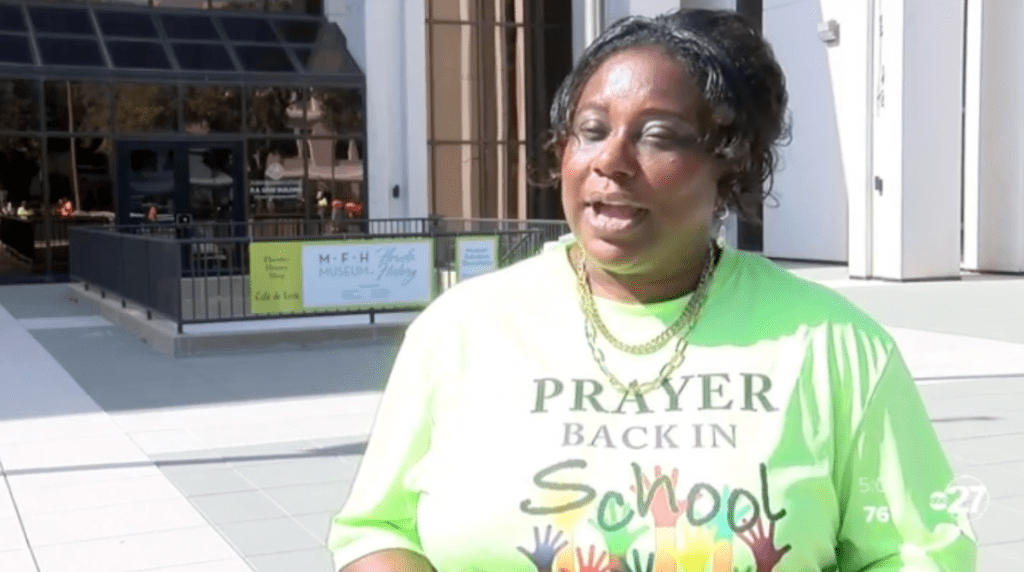 “We see a rise in bullying and suicidal thoughts without prayer, and so we believe that prayer goes back into the school,” said Townes. “We believe that it will eradicate all bullying, all depression.”

Her son, 11th-grader Michael, supports her cause, saying school “feels disappointed and lifeless without prayer.”

If Townes gets the change she’s hoping for, and children could pray in school from kindergarten to commencement.

“Children are in school five days a week, anywhere from six, seven, eight hours a day,” Townes said. “Throughout the day, have words of affirmation, words of confirmation to let our young people know, our children know that they are somebody, only through prayer.”

The WTXL report lacks detail. It doesn’t spell Townes’ name right or mention the name of her ministry (Write The Vision Ministry). But there is a website that appears to be hers and sells the shirt she’s wearing.

Needless to say, her goal here is patently unconstitutional. It’s hard to believe even this Supreme Court would allow forced prayer in school. Townes also doesn’t tell us why everyone should be forced to say Christian prayers in school, or why the fact that Christians can already pray on their own isn’t good enough for her. (Does her son know that’s an option?)

It’s a horrible idea for reasons that have been discussed and litigated many times before. Yet she’s on a crusade to push her faith on unsuspecting students. It won’t work, and I’m guessing she’d feel very differently if a Muslim activist made the exact same statements while advocating for Islam. But the reporter didn’t ask about (or at least air) those issues either.

(via WTXL. Thanks to Brian for the link) 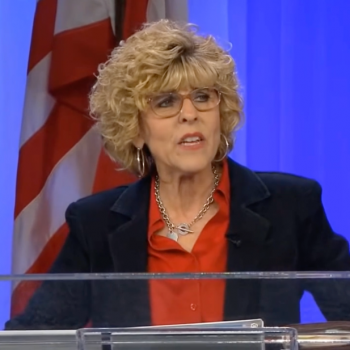 November 6, 2020
Pastor: House Dems Should Switch Parties So GOP Can Have "220 Righteous" Seats
Next Post 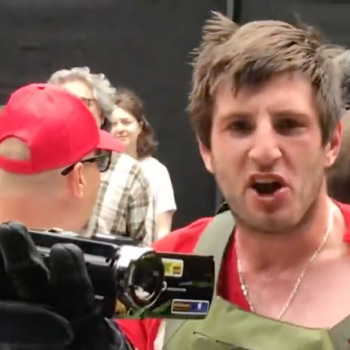