Glenn Beck: We Aren’t Just Fighting Democrats; “We Are Fighting Satan Himself”

There’s a lot at stake in the election. We know that. But for right-wing talk show host Glenn Beck, it’s not about saving democracy as much as it is about defeating the devil.

During an appearance on televangelist Kenneth Copeland‘s network Thursday night, Beck claimed he had a “prophetic dream” years ago telling him that this year would involve a battle against “Satan himself.” The dream scared him, he said, so he told nobody. (Very convenient.) But he was eventually convinced of its legitimacy.

After promising not to dismiss this prophetic dream he had supposedly received, Beck then returned home where he said he eventually realized its terrifying significance.

“All of a sudden it took on a completely new meaning,” Beck said. “I just warn you that we are in a spiritual battle against evil unleashed. We are not fighting the Democrats; we are fighting Satan himself.”

Sometimes a dream is just a dream, Glenn…

You would think a guy whose predictions about God and Trump were so blatantly wrong in 2016 would think twice before claiming to know how everything will play out this time around. But he knows his audience will never care.

When you don’t have any actual arguments to make, just call your opponent Satan; it’s a tried-and-true method for people who don’t know how (or are too afraid) to think for themselves. 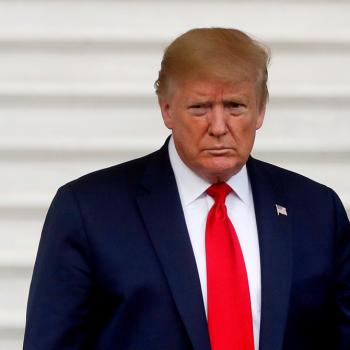 October 30, 2020
If You Care About "Religious Liberty," Then You Shouldn't Be Voting for Trump
Next Post 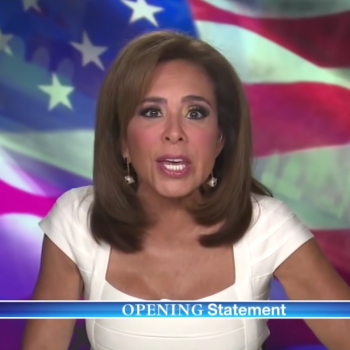 October 31, 2020 FOX News' Jeanine Pirro: Thanks to Trump, I Say "Merry Christmas" Louder Now
Browse Our Archives
What Are Your Thoughts?leave a comment