If You Care About “Religious Liberty,” Then You Shouldn’t Be Voting for Trump October 30, 2020 Beth Stoneburner

If You Care About “Religious Liberty,” Then You Shouldn’t Be Voting for Trump

We’ve heard a litany of bad reasons to vote for Donald Trump (i.e. all of them), one of them being his desire to preserve religious liberty… even though most Democrats are religious in some form or another.

Never mind that every court in the country is packed with Christians of varying denominations; many conservative Christians still feel that a Joe Biden presidency would call for martyrdom in the streets.

Taking this concern to heart, Anglican author and priest Tish Harrison Warren wrote an article for Religion Unplugged explaining why any single-issue voter who thinks “religious freedom” puts them in the Trump camp should reconsider that decision. 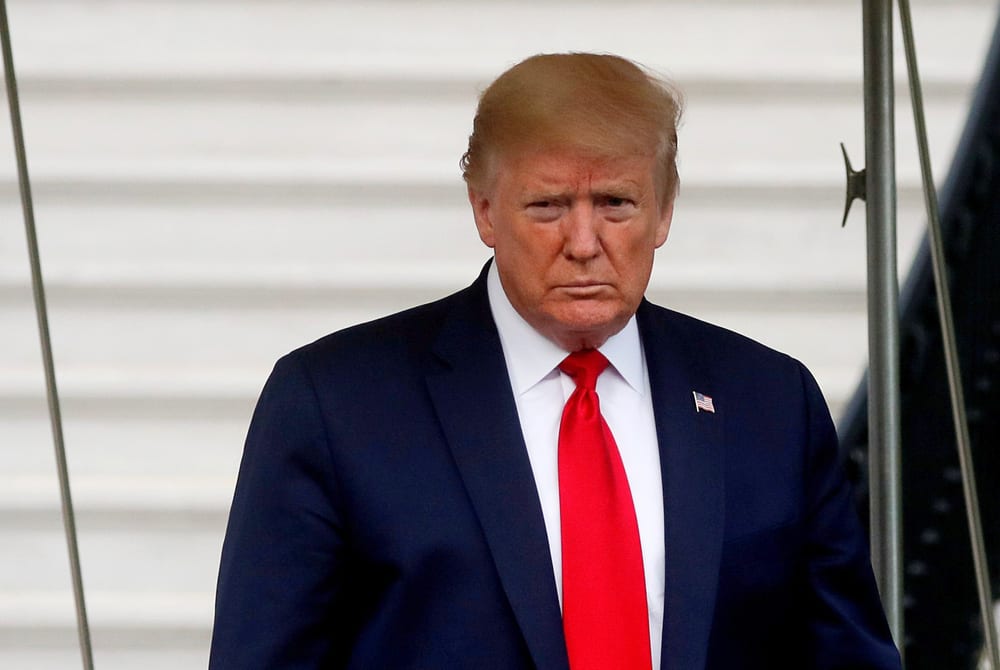 … In response to these anxieties, many conservative religious people turn to a perceived strongman who will keep their institutions safe. However undesirable they may find Trump personally, they hope that he will appoint Supreme Court justices who will preserve their right to exist, run schools and worship and raise their kids according to their religious beliefs. This is why Trump’s son can blasphemously say that Trump has “literally saved Christianity.”

The notion that liberals want to destroy religion, block Christian schools from existing, or get in the way of how parents raise their kids when it comes to faith has no basis in reality. Those who feel homosexuality is a sin, for example, are free to believe that and tell their children as much. The conflicts only occur in secular environments or when a religious program operates with taxpayer funding. Literally no one is telling a pastor what beliefs they can and cannot hold. It’s as simple as that.

If shoring up religious freedom requires us to champion someone whose administration is responsible for making more than 545 children orphans, someone who in Sen. Ben Sasse’s words “flirts with White supremacy,” who bullies and denigrates others and constantly engages in misogyny, arrogance and divisiveness, then we cannot preserve religious liberty while remaining faithful to the ethical call of Jesus. Self-protectiveness on the part of religious people is understandable, but Christians cannot be one more, self-interested voting bloc. The church exists to glorify God by loving and serving our neighbor. If our own institutional preservation trumps all other ethical commitments, then we have already lost what is most dear.

She’s right on all of that. The “pro-life” party can’t be taken seriously when they just ignore the cruelty and lives lost due to the actions (or inactions) or this administration.

It’s sad that so few conservative and white evangelical Christian leaders are talking about the missing children — or the separation policy itself — as Warren does here, especially when those same leaders make a show of how “pro-life” Trump is. The Bible verse from Mark 8:36 comes to mind: “What will it profit a person if he gains the whole world, but forfeits his soul?” Christians might one day succeed in overturning Roe v. Wade, but it won’t end abortion everywhere, it’ll generate even stronger resistance from the other side, and it’ll all come at the expense of their own integrity.

The ends do not justify the means here — not strategically and not ethically.

And if “religious freedom” is the goal, then why aren’t those same Christians defending the attacks against Muslims and other non-Christians?

Given the Trump administration’s shutdown of the asylum system and so-called “Muslim ban,” it is debatable if his presidency has actually benefitted the cause of religious liberty. But even beyond Trump’s policy decisions, Christian complicity in a culture that dishonors the basic dignity and rights of our fellow neighbors, a culture of self-interested narcissism, a culture of self-preservation by any means necessary, will not be one in which religious liberty can flourish. The root of religious freedom amid pluralism is love for our neighbors, especially our ideological or political enemies. We cannot spend eight years supporting a president whose basic modus operandi is meanness and cruelty — who vocally disagrees with the call to love one’s enemy — and then expect anyone to take us seriously when we ask them to respect our religious freedom.

Freedom of religion has been curtailed under this administration depending on which group you belong to, all while conservative Christians have been granted special rights and access. No matter what happens next week, Trump will be an albatross around the necks of conservative Christians for generations to come. His actions are already indefensible. What’s amazing is how many white evangelicals continue defending his every move. 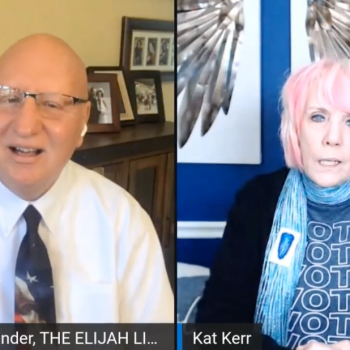 October 31, 2020 Glenn Beck: We Aren't Just Fighting Democrats; "We Are Fighting Satan Himself"
Browse Our Archives
What Are Your Thoughts?leave a comment