Satanists: Justice Amy Coney Barrett Must Recuse Herself from Our Abortion Case

I mentioned earlier this month that The Satanic Temple was asking the Supreme Court to overturn Missouri’s medically unnecessary abortion laws, the latest move in a years-long battle.

In short, they said the state’s laws violated their client’s beliefs declaring that “one’s body is inviolable, subject to one’s own will alone.”

It’s obviously a long shot, as is every request that comes before the Court, since they take up only a small fraction of them. The likely result here is that the Court will just “pass” on it and let the earlier ruling (against the Satanists) stand. The fear, however, is that they could agree to hear the case and the Court (with a conservative super-majority) will use it to regulate abortions nationwide in a way that opens the door to further restrictions in red states.

But while we wait for the Court’s decision, the Satanists have officially requested that Justice Amy Coney Barrett recuse herself from this case altogether.

They say that Barrett has publicly opposed abortion rights — it’s no secret that she signed petitions saying abortion is “barbaric” despite trying to be elusive about it during her confirmation hearings — and that means she can’t truly be impartial in the case.

Justice Barrett, an avowed Catholic, has been quite candid in the public expression of her religious beliefs that human life begins at conception, abortion is a sin and Roe has sanctioned murder on an epic scale. In 2006, she signed a statement published by St. Joseph County Right to Life in the South Bend Tribune that “oppose[s] abortion on demand and defend[s] the right to life from fertilization to natural death”… She implored the general public to “[p]lease continue to pray to end abortion.” She endorsed the statement “[i]t’s time to put an end to the barbaric legacy of Roe v. Wade and restore laws that protect the lives of unborn children. Roe v. Wade: More than thirty-two years… More than 47 million children dead and counting…”

Justice Barrett has said and done nothing since making these public statements to indicate she has changed her mind or tempered her publicly stated beliefs abortion is a sin and abortion in the U.S. is the barbaric legacy of Roe. Based on her public statements, an objective observer would have to conclude Justice Barrett’s personal moral compass is inextricably wedded to the polestar of Catholic dogma on abortion.

They make it clear that her Catholicism itself isn’t the issue. They don’t care about that. It’s her constant admission that abortion is some kind of evil that the Satanists say makes her an unfair juror in their case. If the Supreme Court were to take it up, they don’t want her on the bench for it.

The Satanic Temple’s spokesperson Lucien Greaves said in a statement:

We would prefer Justice Barrett honor her promise to the American people by recusing herself from TST’s case because she is clearly hostile to TST’s view that a fetus is not a human being. But if she does not do so, we are asking the Supreme Court to enforce the law and disqualify her because established legal precedent requires it.

Does this have any chance of success? I doubt it.

Am I still right? Yep.

The Court won’t take up the case because there are better vehicles for them to use if the goal is to chip away at abortion rights. If, incredibly, they take this case up, then Barrett still won’t recuse herself for the same reasons no other conservative justices will either. Her personal beliefs, she’ll say, have nothing to do with her legal judgments, and since she’s never weighed in on this case before, it’s fair game.

But I doubt we’ll even get to that point. 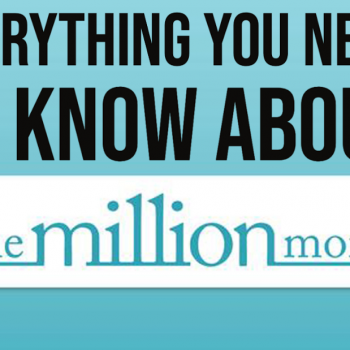