Preacher: 60 Million Aborted Fetuses Would Totally Vote for Trump if They Could October 29, 2020 Hemant Mehta

Preacher: 60 Million Aborted Fetuses Would Totally Vote for Trump if They Could

Four years ago, Jim Garlow, then the Lead Pastor at Skyline Church in San Diego, California, wrote perhaps the dumbest list of reasons in defense of his support for Donald Trump. It came three months before the election but it revealed how far Garlow would stretch to defend the indefensible.

Among his reasons: “We have NEVER seen any one major party candidate so constantly scandalous, so evil-consumed as Hillary,” “Trump is slowly being surrounded by increasingly good persons,” “Trump will address the massive government spending.” The list didn’t age well.

Now would be a good time to address some of the most egregious “misses” on his list. Instead, as you’d expect, he’s just going even further in support of Trump.

Right-wing pastor Jim Garlow says this election is a choice between good and evil and "60 million babies that have been killed in the womb, if they could be polled, they would be voting for Donald Trump." pic.twitter.com/Ane7353vuY

… I want to talk to you about something that’s happening right here in our community and in our nation. It’s the election. You tend to think of it as being Republican versus Democrat. It’s not. You might think it’s Right versus Left. It’s not. It’s Right versus wrong. It’s good versus evil.

What do I mean by that? One party — the Democratic Party — has the platform that allows you to dismember — to rip apart — a baby in the womb with no anesthesia right to the point of birth, and one Democrat governor actually says you can kill the baby after it’s been born. That is barbaric. And should never be allowed in this nation.

60 million babies that have been killed in the womb. If they could be polled, they would be voting for Donald Trump and Republican candidates because they would like to have the privilege to live.

Everything he’s saying is either a flat-out lie or a gross exaggeration. Typical evangelical Christian. He can’t be honest and look reasonable, so he makes things up and says it with authority. (Hey, it works in church, so why not?)

Maybe the most laughable thing about the statistic he pulled out of his ass is the notion that Republicans would ever allow “60 million” young people to vote that easily. There’s no way that would happen.

If Garlow genuinely gave a damn about reducing abortion rates, he should support the Democratic platform, given that it addresses the underlying issues that often leads to abortion — poverty, contraception access, affordable health care, etc. The GOP Platform is nowhere to be found because they are quite literally just going along with anything Trump says. 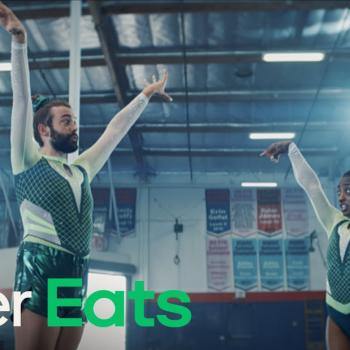