For much of this year, televangelist Kenneth Copeland has been telling viewers that the COVID crisis was over all because God — acting through Copeland — defeated it.

It started way back in early March when he asked viewers to touch their TV screens against his oily hand in order to prevent the virus.

Kenneth Copeland healed viewers of the coronavirus through their televisions last night. pic.twitter.com/8lwHufTIy4

It’s not like he’s going to admit he’s wrong anytime soon. Instead, he’s doubling down on his lies.

Televangelist Kenneth Copeland declares that Trump is now immune to COVID-19, which is evidence that Christians are immune to the virus. pic.twitter.com/iw77wZaK8m

I was noticing today, President Trump, his beautiful First Lady, without masks. They are immune! They are immune. And this display of our president giving God thanks… for helping him in that time, and he walked out immune, somehow, glory to God, woo! Thank you, Jesus!…

Hey, we’re immune! We’re going through this thing with a Holy Spirit immunity from the works of the Devil!

All of that is a lie. We know that Donald Trump caught the virus, received special treatment, and claims to be better… but obviously that’s not the same as having immunity to COVID. We have no idea what his health status is.

But even if he’s better, there’s no supernatural immunity from a natural virus. Being Christian doesn’t save you from the consequences of stupid risks. A white evangelical Christian who goes to a super-spreader Trump rally or Sean Feucht concert isn’t going to avoid catching the virus just because he’s devout. That’s not how biology works. The 225,000+ Americans who have died from COVID so far include plenty of sincere believers.

Copeland doesn’t care about that any more than Trump does. Copeland is wealthy. He’ll have access to the best health care available if he ever gets sick from the virus. His followers, not so much.

The negligence he’s preaching won’t just affect his gullible followers. If Christians decide they’re immune from the virus, even though they’re not, they may catch it and spread it. Rather than telling his believers to do what they must to stay healthy, Copeland is lying to them in the midst of a pandemic. We are all suffering because of Christians like him. 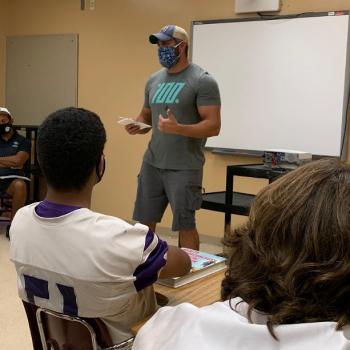 October 28, 2020
Preachers Are Sneaking Into Public Schools By Saying They're "Character Coaches"
Next Post 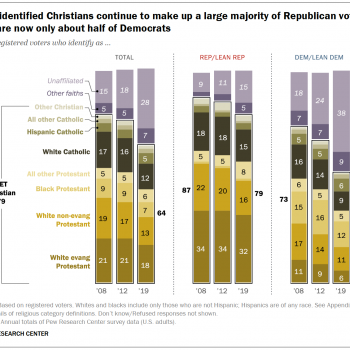 October 28, 2020 Pew Research Center: Secular Americans Make Up 28% of Registered Voters
Browse Our Archives
What Are Your Thoughts?leave a comment