Conspiracy-Promoting Pastor: QAnon is “Going to be Proven So Thoroughly” October 27, 2020 Beth Stoneburner

Conspiracy-Promoting Pastor: QAnon is “Going to be Proven So Thoroughly”

Pastor Johnny Enlow, who once said our nation’s future would involve the terms B.T. and A.T. (“Before Trump” and “After Trump”), also believes in the Truth.

And by that, he means QAnon. Sooner or later, he said on a YouTube show last week, the truth of the conspiracy theory will be indisputable.

After saying Q was “between seven and 10 people” and can be traced back to John F. Kennedy, he spewed even more nonsense:

“It’s a movement that’s being awakened to the very things we’re talking about,” Enlow added. “What’s coming out about the Biden family corruption, the Clinton family corruption, the Jeffrey Epstein thing — we heard that for two years from Q before it ever became public. We heard this Biden story, the Biden story with China. If anything, the Q operation is being validated as never before. And again, if anybody’s listening for the first time is like, ‘No, QAnon has been debunked,’ you have to understand it has not been debunked. It is going to be proven so thoroughly, it’s just going to be indisputable.”

Good luck deciphering that nonsense. There’s no legitimacy to anything Enlow is saying, which is precisely why the QAnon believers can just say whatever they want without fear. Since everything is nonsense, nothing really stands out. Satan worshipers? Sure. Pedophile ring? Why not. A day of reckoning to come? What’s new?

The irony is that these people who are so concerned about sex trafficking and child welfare fully ignore the sexual abuse allegations against Donald Trump as well as the refugee children his administration has separated from their parents.

QAnon believers are self-described superheroes who don’t realize they’re on the other side. 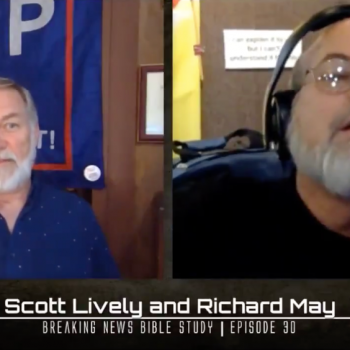 October 27, 2020
Scott Lively: Obama's Rally Was as Humiliating as When He "Lost His Boyfriends"
Next Post 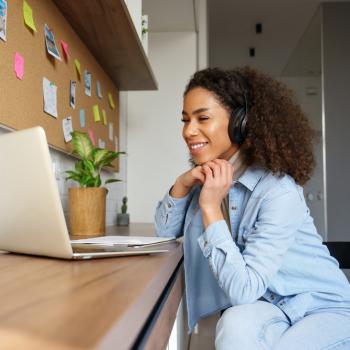