Christian “Prophetess”: God Told Me All Those Early Voters Are Supporting Trump

Kat Kerr, the self-proclaimed Christian “Prophetess” who thinks Heaven is home to cows driving tractors and a city made entirely out of Jell-O, recently saw a bunch of people standing in line to vote.

That can only mean one thing, she said: Every single one of them loves Donald Trump.

"Prophetess" Kat Kerr has seen the lines of people waiting to vote early and was told by God that "all those people in that line are voting for Trump." pic.twitter.com/yCHbHe9aZB

… regardless of the fake news and the lying liberals — I like to use Trump’s terms — if you look in the natural (?) of what’s happening, there’s no evidence that Biden has any people behind him. But these rallies with tens of thousands of people wanting Trump, knowing that — many of them are Christians; they know God chose him — and they’re voting for him no matter how that has to happen.

And I’ve driven by the early voting places, and they’re around the buildings and down the streets. And God told me all those people in that line were voting for Trump.

After 2016, I have no desire to say Biden has this thing in the bag… but the polls are very much in his favor, as are the demographics of people who have already filled out their ballots. Many are young and liberal. No matter where Kerr went, there’s just no way in hell they were all Trump voters in line.

If anything, Trump’s conspiracy theories about early voting have led to more of his base waiting until Election Day to cast their ballot while many Democrats are eagerly getting it done before next Tuesday. It’s money in the bank. It’s a good sign.

None of it means Biden will win. But it does mean Biden’s campaign is doing what it needs to do… and that Kat Kerr is, as usual, lying. 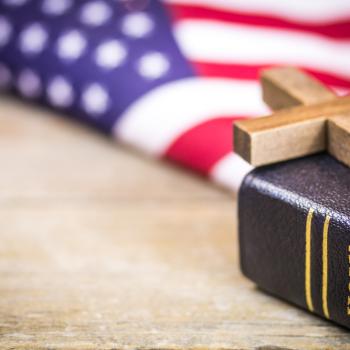 October 27, 2020
Christian Nationalist "Patriot Churches" Are Popping Up Around the Country
Next Post 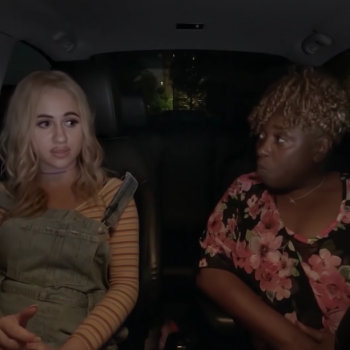