The Rudy Giuliani bit, in which he gets all too friendly with the daughter is getting plenty of attention.

But the film also features a couple of well-meaning strangers who believe they are speaking to real people and genuinely try to help them. Like the Holocaust survivor who tries to dispel Borat’s blatant anti-Semitism.

There’s also a woman who functions as a “babysitter” for Bakalova’s character and who kindly tells her she doesn’t need to get breast implants or plastic surgery to impress her future husband because she is beautiful as is. 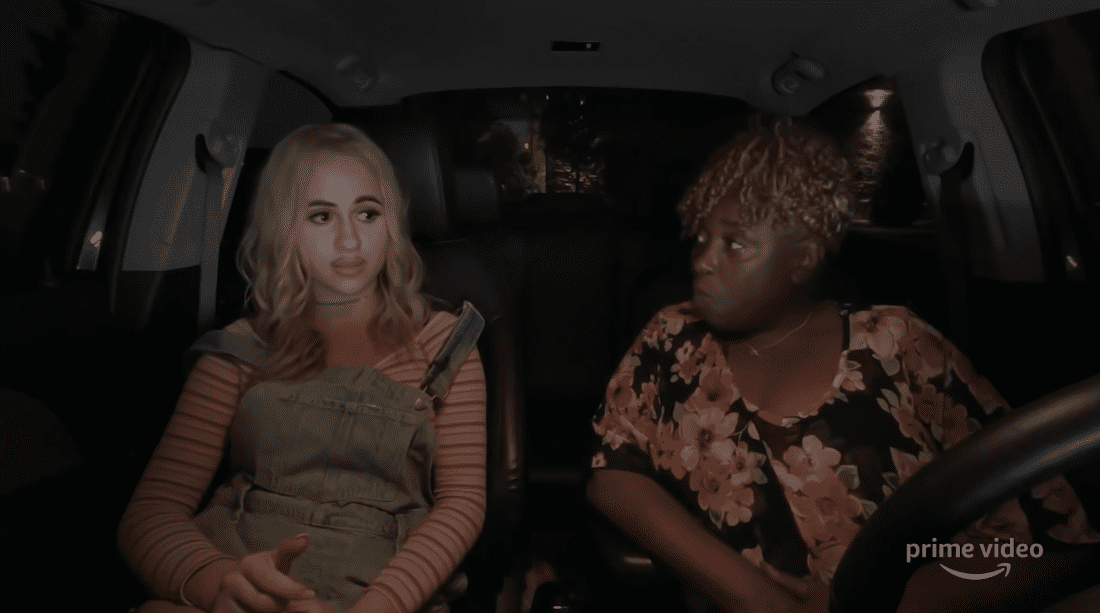 That woman’s name is Jeanise Jones, and she’s now saying she was tricked into participating in the film simply because of her good nature. She thought she was participating in a documentary about a young woman being married off to a much older man.

“I’m feeling like she’s from the Third World and that kind of stuff does happen where they sell women. I’m thinking this is for real so I felt kind of betrayed by it,” she told The Post.

Jones’ pastor, Derrick Scobey, said the production approached Ebenezer Baptist Church about needing a “sassy” black grandmother in her 70s to participate in a documentary and landed on Jones after speaking to a few other congregants.

Jones said she filmed some of the scenes in Oklahoma, then was flown out to Washington state months later to film another. She was paid around $3,600 for her participation and was told that the flick would premiere overseas in November.

None of that is entirely surprising if you’re familiar with Cohen’s work. Jones comes off extraordinarily sweet and smart in the film — in stark contrast to just about everybody else. If she fell for the overall hoax, well, she’s not alone. It’s a far cry from the pastor in the film who is led to believe the daughter is impregnated by Borat and attempts to steer her away from obtaining an abortion.

“We were concerned,” Jones said. “We were up there praying for her and asking God to help her and we were doing what we thought was the Christian thing to do.”

She said she only learned that it was all a ruse when her cousin showed her the trailer for the Amazon Prime movie last week.

For what it’s worth, her pastor has set up a GoFundMe page on her behalf, saying that Jones recently lost her job and wasn’t paid much for the film, so if anyone wants to help the “moral compass” of Borat 2, this is a way to do it:

This was not scripted for Jeanise. It all came from the heart. She is one of the most authentic people I’ve ever met. One good thing that has come from this is that Jeanise doesn’t have to worry about “Tutar” anymore. She has WORRIED about this young lady for a year.

(Screenshot via YouTube. Thanks to Tracey for the link)

October 27, 2020
Christian “Prophetess”: God Told Me All Those Early Voters Are Supporting Trump
Next Post

October 27, 2020 We Finally Know Which "Well-Known" Pastor Peed on a Woman During a Flight
Browse Our Archives
What Are Your Thoughts?leave a comment