Health officials have shuttered a Christian school in West Michigan after its failure to put in place any pandemic safety measures resulted in what health officials are calling an “ongoing outbreak” of COVID-19. 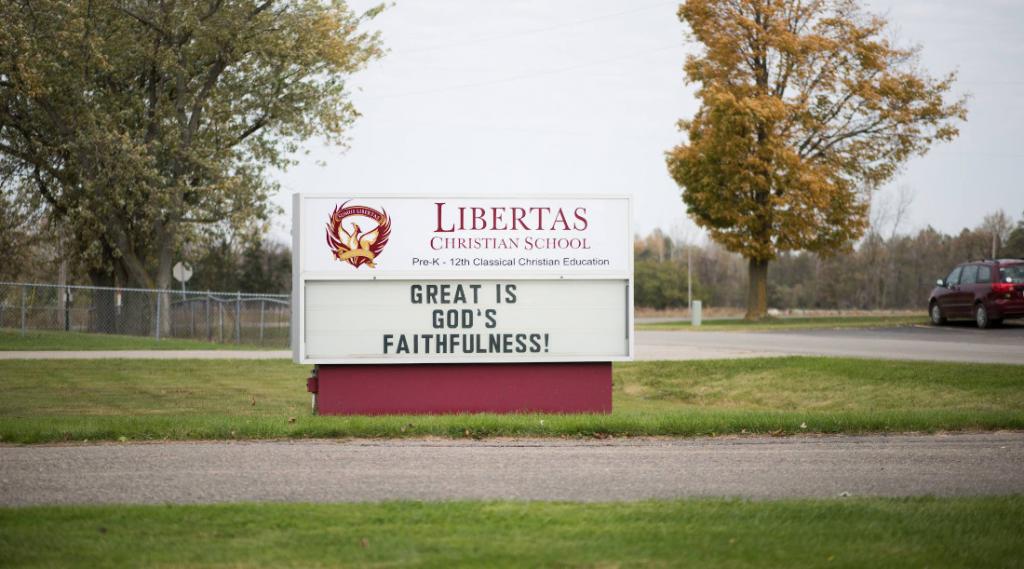 On its website, Libertas Christian School claims to believe that “governmental authority should be honored wherein it does not call for violation of Scripture.” But unless there’s some commandment against mask-wearing I’ve forgotten, they appear to have abandoned that principle in favor of some misguided understanding of personal freedom that includes the right to transmit infectious diseases if the use of a face mask would prove slightly inconvenient.

Accordingly, earlier this month they filed a lawsuit against state and Ottawa County officials claiming that mandatory health precautions violated the religious freedom and parental rights of the Libertas community.

In that document, the attorneys outlined the school’s “proven effective” measures to protect students from infection. They excluded any mention of social distancing or gathering size limits, but listed “prayer, fasting, almsgiving, and traditional spiritual aids to combat disease” as strategies.

Apparently the body of knowledge on offer in a “classical Christian education” dates back to some time before the discovery of germ theory.

According to the cease-and-desist order issued by the Ottawa County Department of Public Health, the school failed to report the teachers’ test results and refused to cooperate with contact tracers, rendering it an “imminent danger to the public health.”

Deputy Health Minister Marcia Mansaray says she reached out to the school multiple times to try to address the weaknesses in the school’s disease prevention protocol. It was only after those efforts remained unsuccessful that the Department of Public Health resorted to shutting the school down entirely, claiming a “legal obligation” to prevent further spread of the disease. Says administrative officer Lisa Stefanofsky:

We endeavor to work with all schools and businesses to help provide education about COVID-19 and ask for them to partner with us by following the proven public health methods to slow the spread of disease. In addition to our diligent disease investigation process, we had numerous fearful individuals reach out to us concerned about health and safety in an environment that was not working to protect them. We hear those voices and take seriously our duty to protect our community.

On Thursday night — “under cover of darkness,” the school adds dramatically — health officials affixed closure notices to the school’s doors along with the fourth and final quarantine order.

By Friday, Libertas attorney Ian Northon was in federal court, demanding a temporary stop to the school’s closure, given the pending litigation. It didn’t work. Western U.S. District Judge Paul Maloney said that the health department had violated no court orders, and that their requests for compliance “did not implicate religious beliefs or exercise” — except, I suppose, in requiring Libertas to acknowledge that prayer and fasting aren’t enough to prevent sickness from spreading.

Doug Van Essen, attorney for the Department of Public Health, says that the school has options… but continuing to ignore the reality of the current pandemic state is not one of them:

I filed a motion for my own injunction on Wednesday that basically asks them to follow the order to mask up, and to cooperate with contact tracing that comes up, or not to operate in person. Those are their options. They can either follow the law like everyone else is doing in the school setting, or they can choose to do it virtual. We don’t care. But they have to follow the rules that every other school in the state is following.

As usual, when faced with a situation where they’re being treated the same as everybody else, these Christians mistake the absence of special treatment for persecution.

(Image via Facebook. Thanks to Michael for the link)