Duggar Daughter Distances from Famous Family to Regain Control of Her Own Life October 22, 2020 Beth Stoneburner

Not all the Duggar children (of the infamous 19 Kids and Counting) have followed in their uber-conservative parents’ footsteps.

As they’ve gotten older, gotten married, moved out of their parents’ house, and had children of their own, some of them have realized that Christianity doesn’t have to be as culturally narrow as they were initially taught.

In a recent article from People magazine, Jill Dillard talks about some of the ways she’s branched out and developed her own identity, separate from that of her famous parents (even at the cost of straining her relationship with them):

“Our control to choose what jobs we were allowed to accept and even where we were allowed to live was taken away from us,” Jill says, adding that goals they’d had as a couple were squashed if they conflicted with the network or family’s plans.

Since their departure from the show, Jill — who shares sons Israel David, 5, and Samuel Scott, 3, with Derick — has begun to embrace a life without some of the many rules she was raised to strictly adhere to. The Duggars discourage not only the use of birth control, but also forbid nearly all physical contact with the opposite sex before marriage, “revealing” clothes (meaning anything exposing shoulders or knees) as well as dancing, alcohol and non-religious music.

She’s gotten a nose ring, enjoyed the occasional cocktail or glass of wine, worn jeans (a strict no-no for Duggar women, who don long dresses or skirts only) and even modeled modest swimwear.

“Sometimes,” she says, “it’s a good thing being okay with other people not being okay.”

It should be noted that, three weeks ago, Dillard alluded to this semi-break from her parents when she spoke about financial battles she had over the show. She said she had not been paid for her appearances (though she did receive other perks), and it took a lawyer to help them “recover a portion” of what she was owed.

These things may not seem like a big deal to most people, but for someone as insulated as Jill, they are big, defining moments worth celebrating.

We don’t have to agree with her religious beliefs, but so long as she’s the one making these choices, great. That’s precisely what religious freedom is about. I wish her well in her journey of independence and self-discovery.

October 22, 2020
Voting for Trump is "Easy," Says Christian Who Has No Clue What Trump Has Done
Next Post 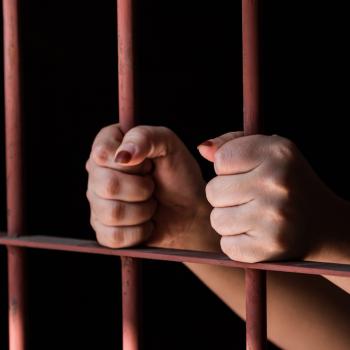 October 22, 2020 Judge: A Virginia Jail Broke the Law With Its Christian "God Pod" Program
Browse Our Archives
What Are Your Thoughts?leave a comment