Televangelist Kenneth Copeland: Satan is the Reason Muslims Are in Congress

Here. This one’s short and simple. No attempt at using soft language, either.

During a conversation with Charisma publisher Stephen Strang (airing Friday), televangelist Kenneth Copeland expressed disbelief at the notion that Muslims could ever be elected to Congress.

Televangelist Kenneth Copeland says that just as God put Trump in the White House, the Devil has put Muslims in Congress. pic.twitter.com/LvGRSssk9K

… Now, look what the Devil did. He raised up people… You would never dream that a Muslim would ever be elected in the House of Representatives of the United States!

Strang’s response? “It makes no sense.”

Incidentally, there are only three Muslims in Congress: Reps. Rashida Tlaib (MI), Ilhan Omar (MN), and Andre Carson (IN). All three are in safe blue seats and won in landslides in 2018. They’re expected to do the same this time around.

Copeland was likely referring to the two women, though, who are both extremely progressive — which is to say, they’re very far from theocrats. But they’re still Muslim. So Copeland can’t handle it. He cannot believe anyone would elect them, much less elect them overwhelmingly. He can’t fathom that they might actually just be good at their jobs.

The same Christians who lashed out at the prospect of Democrats questioning how Amy Coney Barrett‘s faith might influence her decision making on the Supreme Court have no problem instituting their own “religious test” when it involves Islam. In Copeland’s mind, the only justification for a Muslim to be in Congress is that the Devil had a hand in it.

It’s blatant Christian bigotry from arguably the richest televangelist in the world. 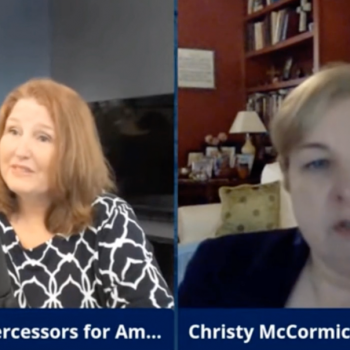 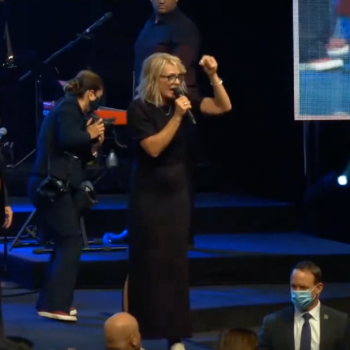