This Pastor Left His Own Church Because It Was Too Full of Trump Supporters October 19, 2020 Beth Stoneburner

For 30 years, Keith Mannes served as pastor for the East Saugatuck Christian Reformed Church in Michigan.

He gave his final sermon last week — and not because he was in any rush to retire. Mannes knew his church, by and large, supports Donald Trump. That means even if they worship the same God, their values are very, very different.

Mannes eventually decided it was better for him to leave the church than lead a congregation that believes Trump is making America greater. 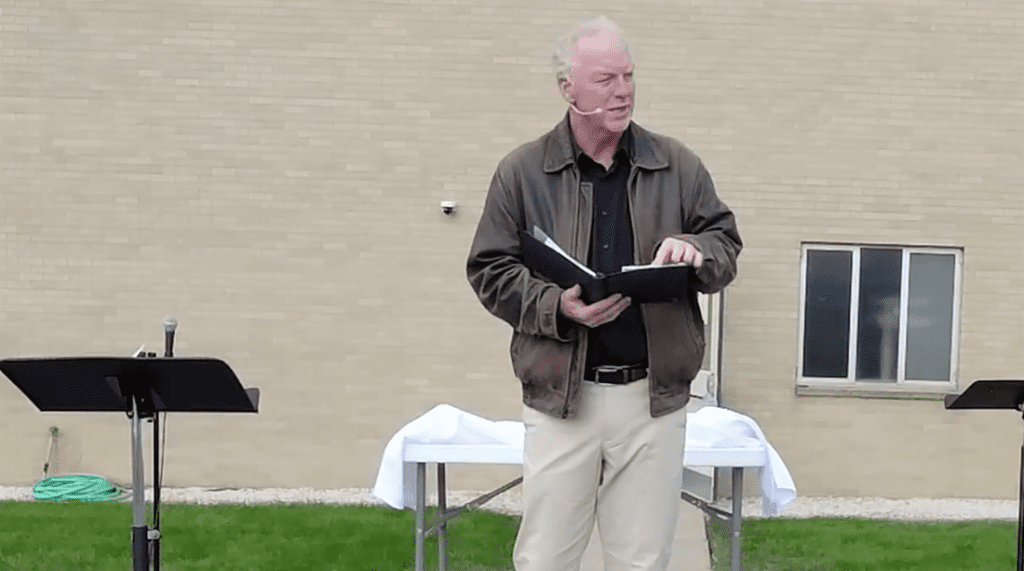 The Detroit Free Press has more on his decision:

While Mannes loves the congregation he served at East Saugatuck CRC for the past four years, he says the church as a whole has “abandoned its role” as the conscience of the state in support of Trump, leading Mannes to step away.

“There’s a quote from Martin Luther King where he said, ‘The church must be reminded that it is not the master or the servant of the state, but rather the conscience of the state,’” Mannes said. “That just hit me hard because I think, broadly, the white evangelical community in our country has abandoned that role.

“It’s not only me, but quite a number of pastors I know are just like, ‘This is it? All this preaching we did about Jesus and there’s this big of a disconnect?’ I think that’s a real burden on a lot of pastors’ hearts. I love these people, I love God, I love Jesus, I love the church, but there’s something happening here.”

A few weeks prior to his last sermon, Mannes spoke with a member of the church, who asked him to reconsider his decision. The person asked him about his plans once he walked away, with no guarantee that the issue will even persist after Election Day.

It takes a lot of courage for Mannes to step away like that, especially with no job awaiting him at the moment. He deserves credit for that. There’s an argument to be made that the only way to change their minds is by continuing to preach his values, but no doubt he considered that before making his decision. He knew there wasn’t more he could do.

While Trump still has a loyal white evangelical base, Mannes is far from the only Christian feeling disillusioned by what’s turned into a cult of worship. From the group Evangelicals for Biden to endorsements of Biden by Republican candidates, the tide appears to be changing. (Sure, it took four years, but it’s happening.)

If nothing else, it’s good to know that some pastors haven’t confused the gospel with Christian Nationalism. 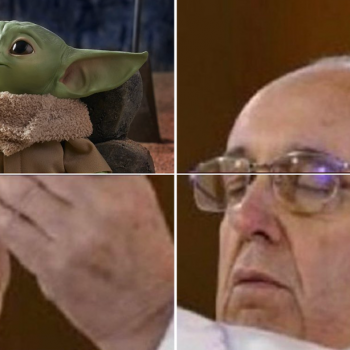 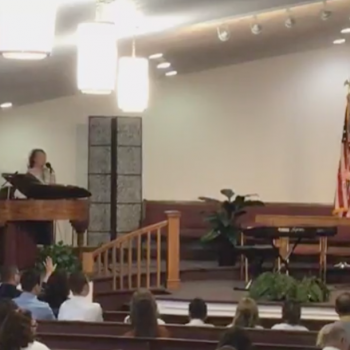 October 19, 2020 A Pentecostal Church in Maine Was Apparently the Site of a Major COVID Outbreak
Browse Our Archives
What Are Your Thoughts?leave a comment