Pastor Johnny Enlow, who once said our nation’s future would involve the terms B.T. and A.T. (“Before Trump” and “After Trump”), is also a proponent of “Seven Mountains Dominionism,” the belief that Christians must control seven specific areas of life: Religion, Family, Education, Entertainment, Media, Government, and Business.

He hasn’t let up on his Trump adoration, recently making two outrageous claims: that Trump has been fighting “satanic pedophiles” — fully embracing a conspiracy theory endorsed by QAnon supporters — and that Trump is gracious.

You decide which of those claims is more believable.

“I wish he had his language toned down,” Enlow said. “But if we knew what he was facing behind the scenes and the attacks he gets. … You have a whole combination of the top demonic forces on the planet and the individuals aligned with that going after you, and you actually know — as opposed to almost all the American people — you actually know what they’ve done. … Luciferianism, organized crime, pedophilia, and just the highest satanism imaginable, and they’ve done this for a long time. When you know that, it’s amazing; I think he’s been relatively gracious for what he actually knows.”

Though if Trump’s own words and behaviors are any indication, then Enlow is redefining “gracious” just as the GOP continues to redefine facts.

Few people are allowed to get away with breaches of social and ethical conduct like white evangelicals with political power. 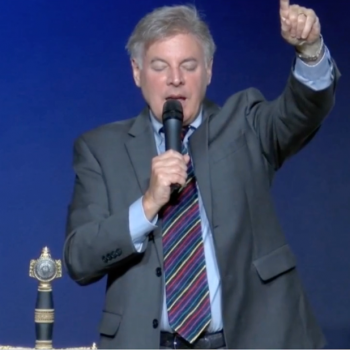 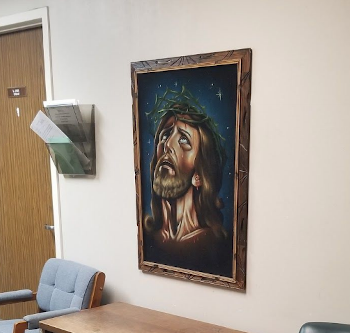