Why is this the painting the people at the Shreveport Police Department in Louisiana decided to hang up in the same hallway where members of the public “wait to be interviewed by police officers”? 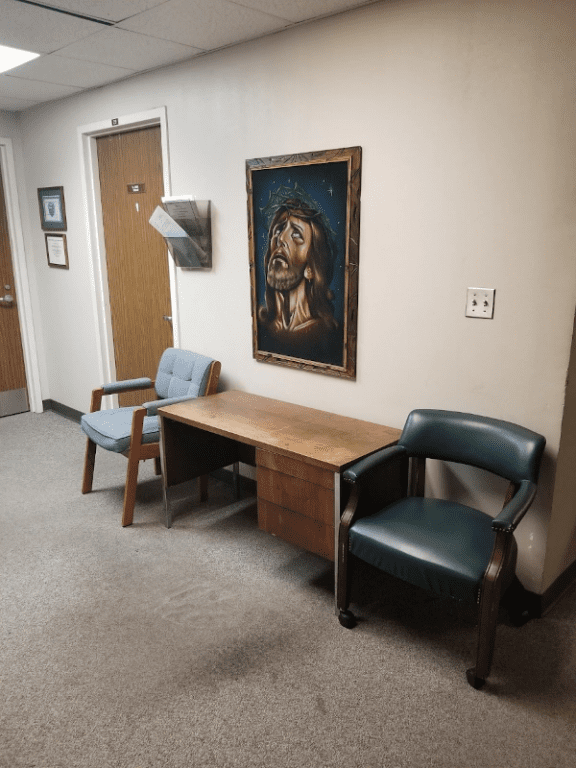 It’s not just a religious image; the story of Jesus, at least in theory, is about a guy who was tortured to death for unjust reasons and about forgiving criminals for their actions. That’s the opposite of how the law ought to work. Religion, maybe, but not the justice system.

In any case, the Freedom From Religion Foundation wants that painting to come down. They write in a letter that the people who are sworn to uphold the law shouldn’t be breaking it:

“The Supreme Court has said time and again, that the ‘First Amendment mandates government neutrality between religion and religion, and between religion and nonreligion,’” FFRF Legal Fellow Brendan Johnson writes to Shreveport Police Chief Ben Raymond. “It is inappropriate for the department to display this religious content because it conveys government support for religion.”

Such displays also convey a message to non-Christians that they are “outsiders, not full members of the political community and an accompanying message to adherents that they are insiders, favored members of the political community,” to quote the Supreme Court. The Shreveport Police Department serves all citizens regardless of their personal religious beliefs…

FFRF also notes that there are a “series of poems entitled ‘My Story of Jesus’ that have been posted in common work spaces.” It’s not just a painting, then. It’s a systemic issue.

If the painting was just a donation or gift, then I have no doubt there are creative Satanic or atheist artists who would love to contribute a painting for the cause. 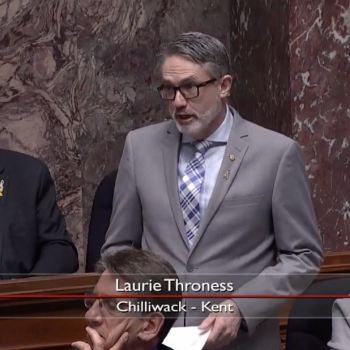