At a time when many high school buildings aren’t even open to students, others are open and violating the Establishment Clause like the pandemic never happened.

That’s what appears to be happening at Jasper High School, in Missouri, where head football coach Joey Ballard has been regularly leading his team in Christian prayers. Video of the prayers were posted on the team’s social media as well. While they’ve been taken down, one example was uploaded elsewhere:

The Freedom From Religion Foundation has now written a letter to the district, calling on them to put a stop to this:

“The Jasper High School coaching staff is violating students’ right of conscience in regularly holding Christian prayer,” says FFRF Co-President Annie Laurie Gaylor. “No one should have to pray to play.”

The concerns here are obvious. By leading the team in prayer, the coach is effectively pressuring students to join in even if he doesn’t say that out loud. If they don’t, it could lead to claims of being a bad teammate, which could limit playing time, which could potentially limit the future prospects of that athlete. It’s also unnecessary. There are better ways to do team bonding than asking players to worship one particular deity.

If a coach needs God to help his team on the football field, it’s a sign he didn’t prepare the team well enough. Being a bad coach isn’t a crime. But forcing your religion on public school students absolutely is. The district needs to put a stop to this or hire a coach who respects the law.

By the way, since this always needs to be said, FFRF didn’t go out looking for this problem. The only reason they sent a letter to the district is because someone close to the team — perhaps the parent of an athlete, or someone in the school community — informed them about this. That’s how it always works, but the Religious Right constantly acts like FFRF is “bullying” or “threatening” schools by writing these letters, as if they’re coming out of nowhere. That’s a lie.

For what it’s worth, the district says it has opened an investigation. 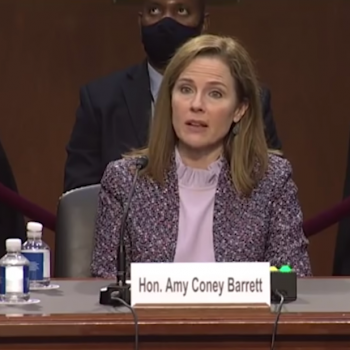