E.W. Jackson: Nancy Pelosi Praying for Anyone is a “Blasphemy Against God” October 15, 2020 Beth Stoneburner

E.W. Jackson: Nancy Pelosi Praying for Anyone is a “Blasphemy Against God”

Last week, House Speaker Nancy Pelosi diplomatically said she was praying for Donald Trump to recover from the coronavirus. She also said she hoped he would learn something from the experience. (He appears to have recovered. He appears to have learned nothing.)

But right-wing radio host and former candidate for Lt. Governor of Virginia E.W. Jackson, last seen on this site claiming atheists have no reason to fear COVID since they can’t see it, is furious that Pelosi would invoke prayer at all, calling it a form of blasphemy.

He was also furious that Pelosi suggested creating a commission that could decide if a president needed to be removed from office via the 25th Amendment. (Even if it was created, it wouldn’t go into effect until after Trump leaves office.) 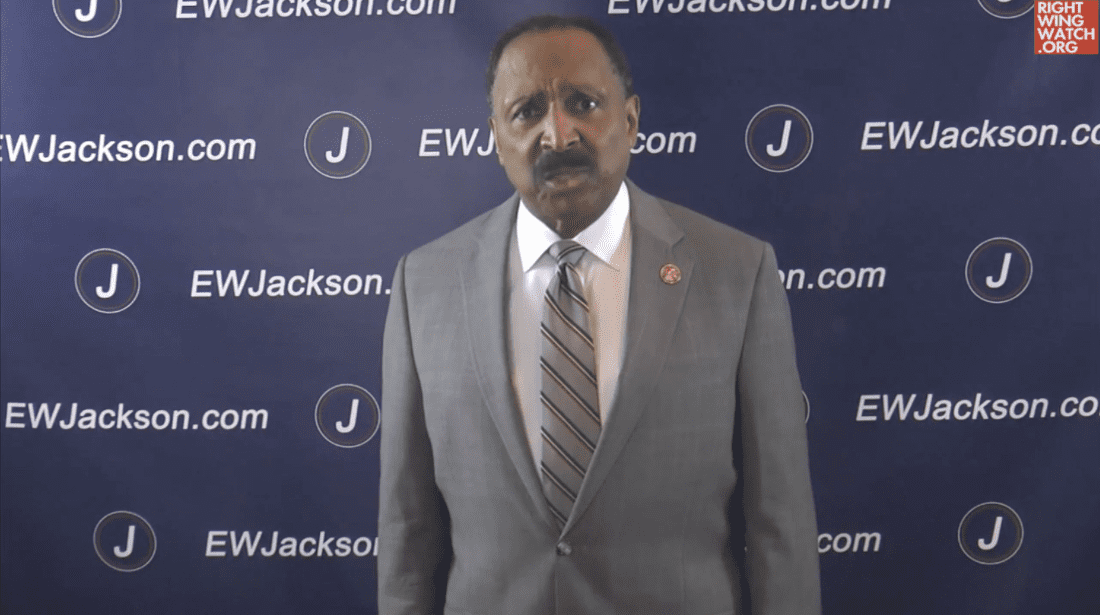 “Can Nancy Pelosi get any crazier?” Jackson fumed. “Nancy Pelosi is wasting everybody’s time with this nonsense.”

“She talks about when she prays for the president,” he continued. “Folks, as far as I’m concerned — I’m serious about this — I wouldn’t want Nancy Pelosi praying for me. I really wouldn’t. I really wouldn’t because I just believe that’s a blasphemy against God. I’m serious about that. I believe that’s just a blasphemy against God. You better pray for yourself and ask God to forgive you. That’s what you better do. And ask God to cleanse you of all that mess in your head and in your heart. That’s what you better do. You better ask Jesus to save you.”

Jackson never explained why Pelosi’s prayers would be blasphemous, especially when she’s a believing Catholic. Presumably, he doesn’t think they “count” because she’s liberal and therefore not actually religious.

Jackson also didn’t mention any problems with her 25th Amendment commission proposal. He’s just screaming “Crazy!” and “Blasphemy!” like a kid who gets caught eating cookies before dinner and yells at his parents in retaliation because he can’t come up with any real defense.

Instead of offering a rebuttal, Jackson just throws out conservative buzzwords. Why not? It’s not like he has any actual arguments that would make his points any stronger.

October 15, 2020
Christian “Prophetess”: I Can Draw God "Because of My Photographic Memory"
Next Post 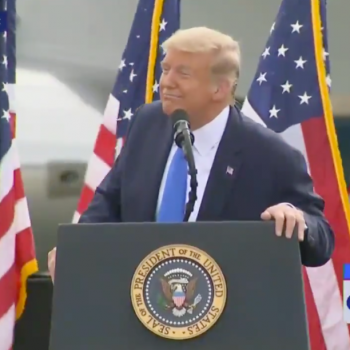