One of the statistics that’s held up over the past four years is how 81% of white evangelicals voted for Donald Trump in 2016. MAGA cultist Pastor Robert Jeffress has said on several FOX News appearances that enthusiasm for Trump is equally high this time around and will likely get higher because Trump has kept his promises to them. (No one else. Just them.)

The numbers, however, show the opposite.

According to a new survey from the Pew Research Center, conducted two weeks ago just after the first debate, while white evangelical support for Trump had gotten as high as 83% over the summer, it has now dipped to 78%.

That may seem like a tiny drop, but a tiny drop among white evangelicals is still a huge number that Trump can’t afford to lose. Even Jeffress admitted that during an interview in August.

… the Democrats know this: They know they can’t win the evangelical vote. What they’re hoping to do by this effort is to shave maybe four or five points off of his evangelical base in order to tip the election in six battleground states. That’s really what the end game is here.

Well, 78% represents a five-point shave. It’s a big deal. It’s a nightmare for Republicans who both needed that support and were hoping to build on it to offset losses everywhere else.

And with three weeks to go, the push to get decent Christians to back away from Trump isn’t over yet. Today marked the launch of a new super PAC called “Not Our Faith,” geared at flipped conservative Catholics and right-wing evangelicals.

… [Trump] has used Christianity for his own purposes. He does not value faith, not really. Look who he surrounded himself with…

Christians don’t need Trump to save them. The truth is that Trump needs Christians to save his flailing campaign.

Ask yourself: Is our culture healthier or more broken after the last four years? Are we more unified or divided? And are we more or less of a Christian nation?

Mr. President, the days of using our faith for your benefit are over. We know you need the support of Christians like us to win this election, but you can’t have it.

The super PAC plans to roll out “six-figure TV and digital ads focused on Christian voters” in swing states. Will it make a huge difference at this point? Hard to imagine it will, but again, a small shift within conservative Christian circles toward Joe Biden in those states would be all he needs.

Trump has spent four years alienating even the decent Americans who voted for him because they felt like they had no other choice. With weeks to go, it’s clear he’s losing support from the one group he’s bent over backwards to appease. It turns out killing 215,000 Americans due to your own incompetence, becoming a global embarrassment, and using undemocratic means to enact the wishlist of the Christian Right rubs at least a few white evangelicals and conservative Catholics the wrong way. A few may be more than enough to give Biden a victory. 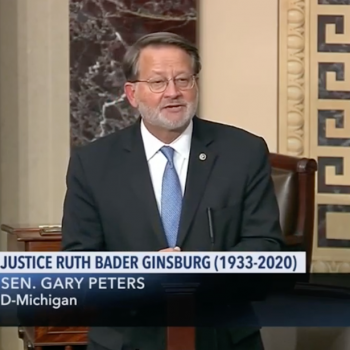 October 13, 2020
Sen. Gary Peters Opens Up About How Abortion May Have Saved His Wife's Life
Next Post 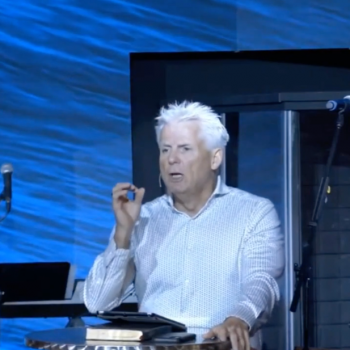