Just ask Republicans in California, who have been putting up unofficial — that is, illegal — ballot drop boxes.

At Freedom’s Way Baptist Church in Santa Clarita, Pastor Jerry Cook posted a photo on Facebook (since deleted) with the caption, “Our church has a voting drop box in front of our complex — if you are voting early, drop your ballot on by.” Except the church isn’t a place to drop off ballots. That’s not an actual drop box. That’s just a pastor trying to steal ballots.

The registrar’s office told KCAL9 they are trying to reach Pastor Cook and are working with counsel to issue a cease and desist letter. However, the drop box is already gone.

Other posts on the church’s website show it hosting a forum for Republican local candidates and criticizing the Black Lives Matter movement. With that in mind, some locals said they are suspicious of what the church’s intentions were with the box.

KCAL9 made numerous attempts to reach Pastor Cook by phone, social media, and email to find out whether he knew the drop box was not in compliance and what he’s done with any ballots that were dropped off. He has not responded as of publication.

If Democrats dropped off ballots at the church, they could be tricked into thinking their votes will be counted. That’s not guaranteed. This pastor can’t be trusted to do the right thing.

In fact that same photo also said the box was “approved and brought by the GOP,” and that a Republican official would collect anything inside. That’s not how voting works.

It’s not just one pastor. Unofficial (illegal) drop boxes are popping up throughout the state, courtesy of the same Republicans who love to complain about voter fraud.

In a photo posted to social media last week, a young man wearing a mask with Orange County congressional candidate Michelle Steel’s name on it is holding a mail ballot and giving a thumbs up next to a box about the size of a file cabinet labeled “Official ballot drop off box.”

The post, from Jordan Tygh, a regional field director for the California Republican Party, encouraged people to message him for “convenient locations” to drop their own ballots.

The problem is the drop box in the photo is not official – and it could be against the law.

The California Republican Party did not respond to requests for comment about the boxes by deadline. But they’ve been defending the practice in replies on Twitter, alleging the process was made legal under a 2016 law that allows California voters to designate a person to return their ballot for them. The GOP calls the practice “ballot harvesting” and blames it for losses to the Democrats in OC and other places in 2018.

But state officials clarified that using an unauthorized vote-by-mail drop box would not meet the requirements of the 2016 law. No designated “person” would be signing for the ballots as required by state law.

There’s no evidence of the kind of voter fraud the GOP claims is rampant. But here’s the bottom line of what they’re doing here: They’re cheating in a way they would never stand for if Democrats did it. They’ll use the accusations to claim voter fraud exists — even though they’re the ones responsible for it — then try to pass laws curtailing people’s right to vote in a way that damages the sort of people who typically vote for Democrats.

It’s a crooked system and Republicans know it’s the only way they can win elections in some places. They won’t change their unpopular policies. They won’t nominate decent candidates. They’ll just try and prevent democracy from occurring. It’s what their religion teaches them to do. 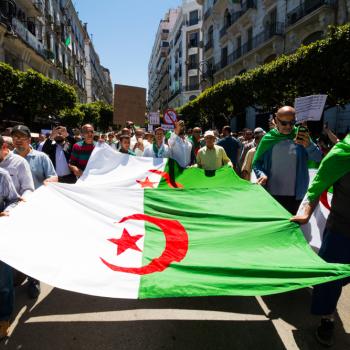