Right-wing activist Dave Daubenmire, who thinks Joe Biden is “not even human” because he has no soul, is just full of Christian love these days.

In fact, he has a lot of love for Hillary Clinton, too. And he wants to show it. By having her executed.

“I do not believe that there has ever been a more corrupt American politician than Hillary Clinton,” Daubenmire said. “Her public life has been one slimy action after another. The demonic left loves her. There is no doubt in my mind that she is under control of very dark forces. Spiritual forces. Demonic forces. Gates of hell forces. Hillary Clinton is a child of the devil.”

“Why are men today [too] squeamish to go put a noose around Hillary’s neck?” Daubenmire asked. “Let’s round up that whole cabal. Let’s round ’em up. Let’s publicly execute ’em so everybody else realizes this ain’t ever going to happen again.”

I can’t stop thinking about what Republicans would say if a Muslim or atheist activist suggested the same thing happen to any prominent female GOP politician. And yet Daubenmire’s comments will barely raise any eyebrows because we expect him to be deranged and this kind of rhetoric from the Christian Right is far from abnormal. Hate speech is just part of their culture.

It’s telling that Daubenmire doesn’t actually explain how she’s corrupt or demonic. It’s just a fact to him. The myth surrounding Clinton will never fade for the kind of people oblivious to the actual corruption spewing out of the Trump administration. 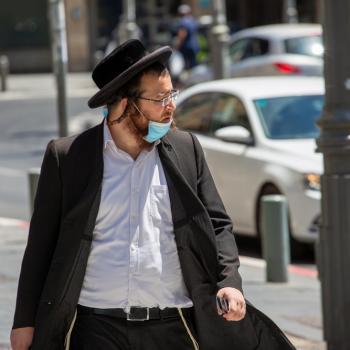