Earlier today, the Supreme Court decided not to take up a case brought to them by former Rowan County Clerk Kim Davis, the infamous Christian woman who decided not to issue same-sex marriage licenses to people in her county because it violated her religious beliefs.

Briefly, two same-sex couples whose marriage license requests were rejected by Davis had been given the green light by lower courts to seek damages from her. Davis wanted the Supreme Court to reverse that ruling and defend her, saying she had “qualified immunity” to be a Christian bigot given her government position.

The Supreme Court will thankfully not hear her case. The earlier rulings will stand and the lawsuits against Davis may proceed.

But the bigger story today is that Justices Clarence Thomas and Samuel Alito issued a statement (on page 55) saying that, although they agreed this particular case should not be taken up right now, legalized same-sex marriage is a major problem that must be addressed by the Court. 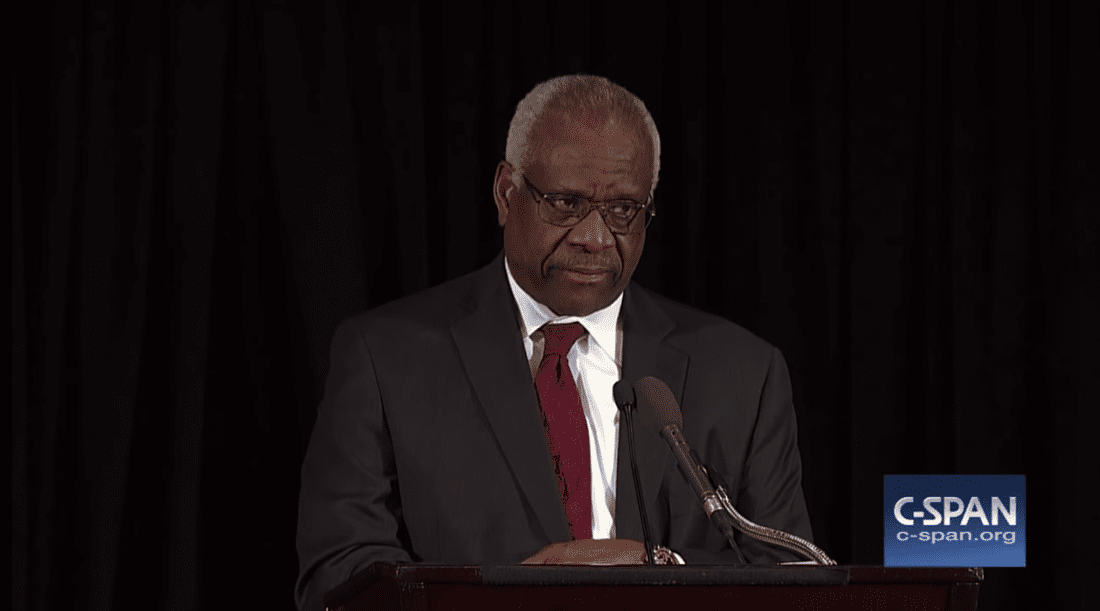 In Obergefell v. Hodges…, the Court read a right to same-sex marriage into the Fourteenth Amendment, even though that right is found nowhere in the text.

Davis may have been one of the first victims of this Court’s cavalier treatment of religion in its Obergefell decision, but she will not be the last. Due to Obergefell, those with sincerely held religious beliefs concerning marriage will find it increasingly difficult to participate in society without running afoul of Obergefell and its effect on other antidiscrimination laws.

By choosing to privilege a novel constitutional right over the religious liberty interests explicitly protected in the First Amendment, and by doing so undemocratically, the Court has created a problem that only it can fix. Until then, Obergefell will continue to have “ruinous consequences for religious liberty.”

You don’t need to be a law student to make sense of what Thomas (with Alito concurring) is saying here: The Supreme Court decision that legalized marriage equality nationwide was the wrong decision — he’s saying this five years after the sky didn’t fall — and that the Court alone has the power to fix this.

While only two justices signed their names to this statement, that doesn’t mean they’re necessarily the only ones who feel this way. We’re on the verge of having three more Trump-appointed judges (who didn’t decide Obergefell) — and John Roberts, who dissented in the Obergefell decision — in a position where they could reverse the earlier decision. If that were to happen, it would be a blow to marriage equality in states run by Republicans. Christian bigots would be allowed to deny same-sex couples marriage rights — and presumably many other ones, too.

This is what’s at stake with the nomination of conservative Catholic Amy Coney Barrett, who has been described as a female Antonin Scalia (whom she clerked for). Scalia opposed Obergefell, too. Allowing Republicans to jam through another justice on the Court — and Democrats refusing to fight back, if they get the opportunity, by expanding the number of justices on it — could allow a rollback of hard-earned civil rights that would be devastating to LGBTQ people and their allies everywhere.

Religious bigots can’t wait to make those people suffer. The Supreme Court may have rejected Davis’ case, but it doesn’t mean they’re not on her side. If another like-minded conservative justice is rushed onto the Court, it’s just a matter of time before Obergefell is overturned.

October 5, 2020
Pastor Who Said "Atheism Has Never Healed a Disease" Tests Positive for COVID
Next Post 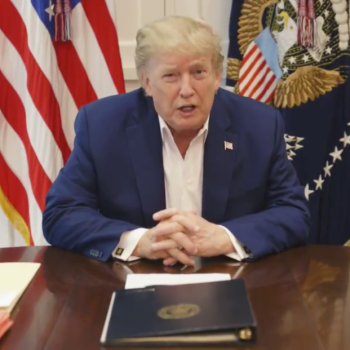 October 5, 2020 Will the COVID Crisis Finally Force Republicans to Accept Science?
Browse Our Archives
What Are Your Thoughts?leave a comment