The Catholic Church tends to get a bit defensive when it comes to the systemic problem of childhood sexual abuse by priests. Things used to be bad, sure, they’ll argue. But we’ve changed! Things are better now! We did the work, put policies in place to make sure this doesn’t happen to any more children!

Never mind that they continue to block child abuse survivors from receiving fair compensation or that they continue to employ and protect known abusers. Even the policies they put in place to protect Catholic children are flawed and, in the words of child protection think tank CHILD USA, “not adequate.”

Specifically, those words came from Marci Hamilton, founder and CEO of CHILD USA. She’s also “the leading expert on clergy sex abuse” and one of the primary participants in the creation of her organization’s recently released white paper on the subject. She worked alongside social science researcher Stephanie Dallam and lawyer Sabine Glocker to compare best practices for preventing child abuse to the Church’s real-world efforts to address the problem.

It’s far from a glowing review. 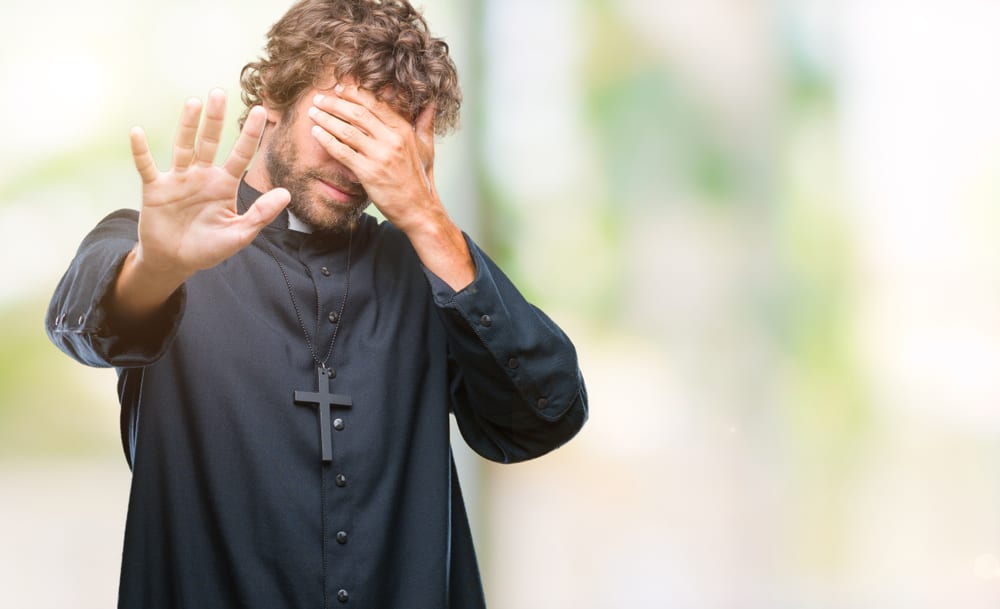 In the United States, the Church’s response to sexually abusive clergy focuses on a 2002 document created by the United States Conference of Catholic Bishops (USCCB), colloquially known as the Dallas Charter. (Its full name, if you’re keeping track, is the Charter for the Protection of Children and Young People.) Its recommendations, as far as they go, were decent enough: a zero-tolerance policy of permanent removal from ministry for abusive priests, an end to confidentiality agreements for greater transparency, and broad policies of co-operation with law enforcement.

But the Dallas Charter’s major downfall, according to CHILD USA, is that it stopped short of codifying concrete rules or best practices for how to implement its recommendations:

Unfortunately the Catholic Church has left the development and implementation of policies to the discretion of each local diocese and archdiocese. As a result, there is now a hodgepodge of relatively new child protection practices across the U.S.

The USCCB defended its decision to leave implementation decisions to the local bishops in a statement to the Associated Press:

States and local civil jurisdictions may have different reporting requirements and dioceses may have different population needs. Thus, a ‘one-size-fits-all’ approach is less effective than principles that can be applied and adapted locally. We have made much progress but know the painful experience of survivors calls us to continual improvement.

That sounds valid until you look at the results on the ground. CHILD USA found that very few of the archdioceses surveyed have designated impartial third parties to investigate abuse allegations; in most cases, diocesan employees or members of the Catholic hierarchy are responsible for investigating. The conflict of interest is glaringly obvious.

On top of that, most locales have failed to implement basic safeguards like sex-offender registry screenings, protections for whistleblowers, or clear boundaries delineating inappropriate conduct. Most also don’t have any clear policy for monitoring priests who’ve committed sex crimes.

Even the National Review Board put in place by the USCCB acknowledges room for improvement, complaining of a “lack of diligence that puts children’s safety at risk” in their own most recent report, released in June 2020. According to the Board’s chair, Francesco C. Cesareo:

We continue to see the failure to publish reporting procedures in the various languages in which the liturgy is celebrated; poor record-keeping of background checks; dysfunctional Diocesan Review Boards; lack of a formal monitoring plan for priests who have been removed from ministry; failure to update policies and procedures…

The apparent resistance by some parishes and schools to provide safe environment training places children at greater risk. Although dioceses continue to do good work in creating cultures of protection and healing, the fact remains the Church’s efforts will be measured based on the weakest links. If one diocese is at risk, the whole Church is also at risk.

Only it’s not the diocese we’re worried about, Mr. Cesareo. It’s the children.

Around the same time, the bishops released an independent audit that found sex abuse allegations had tripled in the 2018-19 year. They continue to insist that their measures are helping, though, since such a high percentage of the allegations that have come out are decades old.

But in spite of the changes that have taken place — notably a broader societal awareness of clerical sex crimes against children — there remain plenty of psychological reasons why a child might not be ready or able to come forward until decades after the abuse took place, especially in a church culture that promotes a deep sense of sexual shame.

That means we might not know until decades into the future how many children are actually being abused today, making the bishops’ reliance on year-to-year numbers extremely short-sighted.

Forget about the numbers. One child abused is too many. Do everything in your considerable power to make it stop. 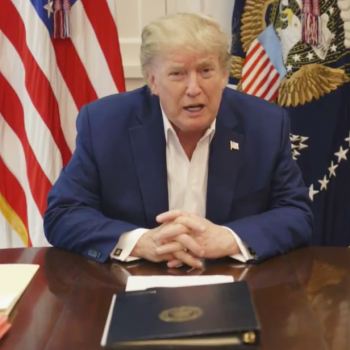 October 4, 2020
Trump Credits "Miracles Coming Down from God" for His Alleged COVID Recovery
Next Post

October 4, 2020 Texas AG Ken Paxton's Top Aides Have Accused Him of Bribery (and More)
Browse Our Archives
What Are Your Thoughts?leave a comment