The Republican Party, and Donald Trump‘s white evangelical defenders, would have you believe he’s a devout man even if he doesn’t always act like it. More than that, though, he’s a friend to people of faith. He’s the imperfect vessel God sent to save America.

In private, though, Trump is a guy who mocks religion more than a teenage atheist on Reddit. He’s a guy who sees believers as nothing more than gullible buffoons.

That’s the takeaway from an article published in the Atlantic today by McKay Coppins, who spoke with several people who have known or worked with Trump over the years. 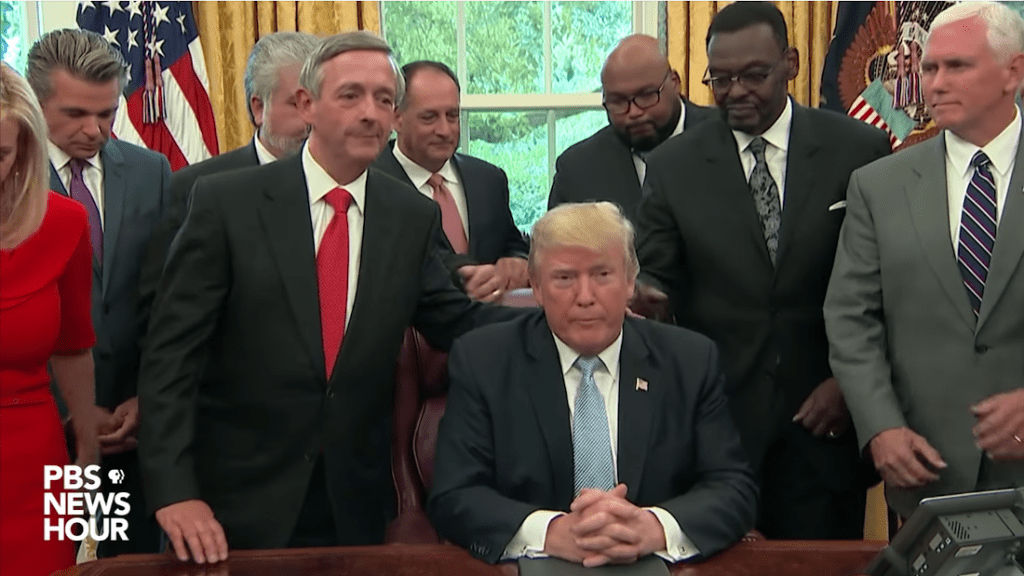 For example, remember in 2015 when prosperity gospel preacher Creflo Dollar — yes, that’s his name — asked his followers to give him enough cash so he could buy a $65 million private jet?

Trump was impressed by how the preacher could con so many people like that:

… [Trump] was gleefully reciting the impious details of Dollar’s quest for a Gulfstream G650.

Trump seemed delighted by the “scam,” [Trump’s former personal lawyer Michael] Cohen recalled to me, and eager to highlight that the pastor was “full of shit.”

But what about the evangelicals who have laid their hands on Trump in the White House? The ones who act as surrogates for his campaign? He thinks they’re idiots, too.

… in private, many of Trump’s comments about religion are marked by cynicism and contempt, according to people who have worked for him. Former aides told me they’ve heard Trump ridicule conservative religious leaders, dismiss various faith groups with cartoonish stereotypes, and deride certain rites and doctrines held sacred by many of the Americans who constitute his base.

The sad thing is that criticizing bad ideas would normally be welcome… except that’s not what he’s doing. He’s not challenging doctrine; he’s just ridiculing the sort of people who buy MAGA hats non-ironically, attend his rallies, and claim that our nation is doomed unless he’s re-elected. He seems shocked that they can’t see through his lies.

Here’s the kicker: When asked to respond to the piece before publication, the Trump campaign didn’t even bother pushing back. They just deflected.

Reached for comment, a White House spokesman said that “people of faith know that President Trump is a champion for religious liberty and the sanctity of life, and he has taken strong actions to support them and protect their freedom to worship. The president is also well known for joking and his terrific sense of humor, which he shares with people of all faiths.”

That’s not a denial. And of all the things Trump is known for, his sense of humor isn’t one of them. This is a guy who doesn’t laugh, can’t tell jokes that aren’t already written for him, and barely knows how to crack a smile. He doesn’t joke; he punches down. He’s not laughing with you; he’s laughing at you. It’s the story of his life.

And the people who are most susceptible to believing anything a voice of authority tells them are the people he’s counting on for his re-election bid.

Here’s one example of a “joke”: When his latest wife told him their son was on a “playdate with a Jewish girl,” Trump said to Cohen, who’s Jewish, “I’m going to lose another one of my kids to your people.”

Coppins also notes how Trump was mocking Mormonism during a 2014 interview they did together… until Coppins blurted out that he was also Mormon. Trump then shifted gears.

When I shared this story with Cohen, he laughed. Trump, he said, frequently made fun of Romney’s faith in private — and was especially vicious when he learned about the religious undergarments worn by many Latter-day Saints. “Oh my god,” Cohen said. “How many times did he bring up Mitt Romney and the undergarments …”

It all just supports the theory that Trump doesn’t actually give a damn about religion. He doesn’t think about religion. He just understands that religion is the best tool he has to get gullible people on his side. If he appoints evangelical-approved judges, he can get away with incompetence and corruption. If he lets preachers get their photo-ops with him, he can continue being racist and cruel without those preachers ever publicly condemning him.

This isn’t an indictment of Trump. The article says nothing we didn’t already know about his awfulness. After all, this is a guy who needed to borrow someone else’s Bible and use tear gas just to take a picture outside a church he doesn’t even attend.

This is, however, an indictment of the religious leaders dumb enough to keep propping him up — people like Robert Jeffress and Paula White.

He doesn’t give a damn about them. As with everything else in his life, Trump’s relationship with religious leaders is purely transactional. He’ll say whatever buzzwords they want to hear — “Israel,” “abortion,” “religious freedom” — to give them ammunition to use on cable TV. But in private, he thinks they’re gullible idiots. Considering all the praise they’ve given him over the past four years, he’s not wrong about that.

The sad thing is that they’ll defend him over this article, too. 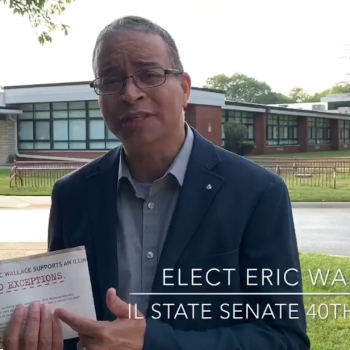 September 29, 2020
IL Republican: My Opponent Attacks My "Christian Values" By Quoting My Platform
Next Post 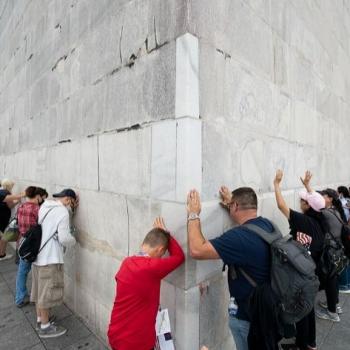