New COVID Restrictions in England Punished Atheists Who Are Getting Married

A bill in England meant to protect people during the pandemic effectively punishes atheists who are getting married. 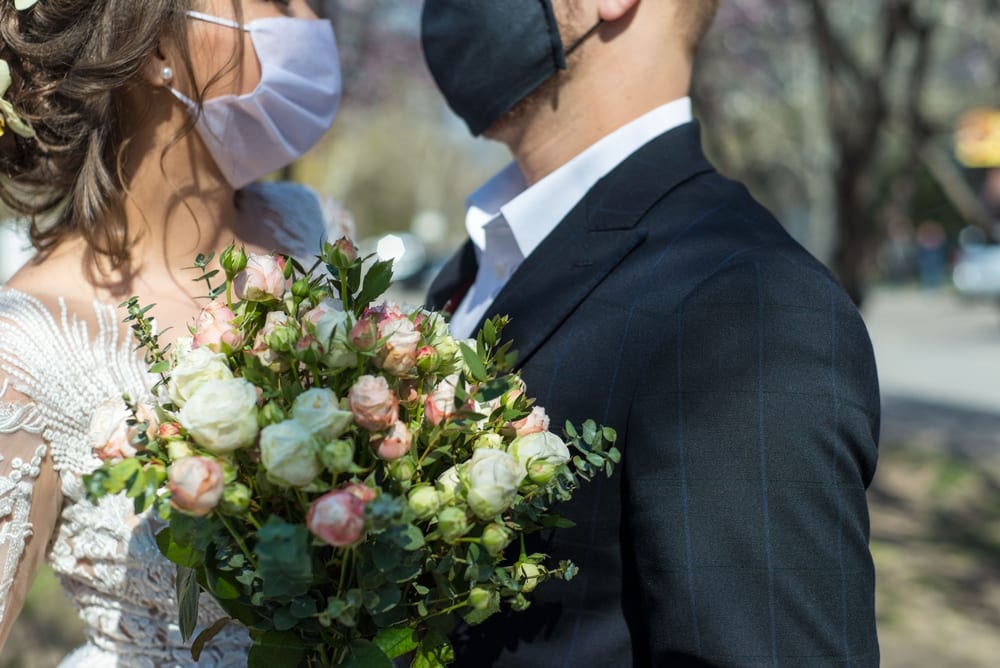 This one’s tricky, so I’ll try to walk you through it.

For months now, there’s been a limit on how many people in the UK can attend a public gathering. While no more than six people are allowed to meet in public spaces, there are exceptions for certain “significant events.” Until last week, you could have 30 people attend those. (Hopefully spread out, outdoors, and with masks.)

Specifically, the regulations said that a “significant event” included any “gathering for the purposes of a ceremony, rite or ritual” in accordance with a person’s religious beliefs — so weddings, funerals, baptisms, etc. The regulations also made clear that, in that rule, “a reference to belief includes a reference to a lack of belief.”

Okay. No issue there. Everyone’s treated the same.

But things changed last week when a spike in COVID cases led Prime Minister Boris Johnson to institute a new set of restrictions meant to flatten the curve. They’re just amendments to the earlier rules, making them a bit stricter. It’s not a complete lockdown. For example, the amended rules delay the planned date for when sports fans can watch a game in person and increase the penalty for not wearing a face mask in public. Things like that. No surprises there.

As far as “significant events” go, the new rules cap attendance at only 15 people instead of 30. However, the specific wording of the bill eliminates the line about how “a reference to belief includes a reference to a lack of belief.”

And since Humanist weddings are not yet recognized as legal in England — even though they are in Scotland, Ireland, and Northern Ireland — that means the new restrictions punish atheists.

Humanists UK says they’ve been working with government officials to fix this problem, but there’s been no progress. That’s why they’re now sounding the alarm about the inherent (if inadvertent) discrimination in the law:

Humanists UK Chief Executive Andrew Copson commented: ‘This outrageous and unexpected situation is open-and-shut discrimination that the Government should urgently put right. There is certainly no rationale for allowing religious weddings for fifteen people whilst saying that humanist weddings “must be limited to six”. Everyone should be treated equally.

‘Since March we’ve worked closely with the Government to ensure that humanist ceremonies have been treated equally to religious ceremonies, and until now that work has been successful. But this latest bewildering change in law was introduced suddenly without consultation.

‘We do not at present face this problem in Wales, where the law treats religious people and humanists equally, and we do not face it in Scotland and Northern Ireland, where humanist weddings are legally recognised. We should not face it in England either.’

Hard to argue with that.

Remember that the UK High Court ruled over the summer that Humanists who wanted to get married were being discriminated against, but rather than fixing the problem themselves, the judges left it to the government to correct its own mistake. That delay has led to the present act of discrimination.

Meanwhile, in the U.S., Christians are fighting legal battles to host weekly indoor services — hardly significant events — with hundreds (if not thousands) of people. We’re not a very smart country.

***Update***: As of this afternoon, the government has fixed the problem. Humanists International explains:

Today, the Government has stated its interpretation of the law is that couples are ‘entitled lawfully to have a humanist wedding ceremony (and reception) with up to 15 people present’ and that it ‘intends to revise its guidance accordingly.’

‘We very much welcome this statement from the Government and look forward to continuing our work with them to make sure that everyone is treated equally under these frequently changing laws, which we hope in their next iteration will make these issues clearer.’ 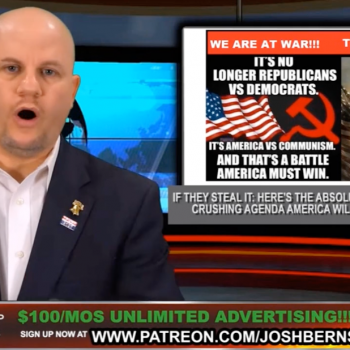