Michele Bachmann: If Biden Wins, We’ll Be a Communist Country Within 100 Days

Former Minnesota congresswoman Michele Bachmann, who once said Donald Trump was the “most biblical president” she’d ever seen, would like you to know that a Joe Biden presidency would turn our country into a Communist nation within the first 100 days.

Sure, 200,000 Americans have died of COVID in Trump’s America. Sure, President Obama and his Democratic Congress failed to go full commie in his first two years in office. Sure, Bachmann has a history of just making things up while gullible Christians fall for it.

“This is a revolution in the street,” Bachmann said. “It parallels communist takeovers in nation after nation for the last 103 years. This is a communist revolution and take over in our streets, and really Joe Biden is the nonessential candidate. From his party’s perspective, they don’t care who’s at the top of the ticket because what they know is that 100 days after the election, should Joe Biden prevail, they intend to put in, I believe, a Marxist form of government. They’ll have it done in about 100 days. We’ll never go back to who we were before, so this is not a normal election — this is the existential election of our lifetime. That’s what we need to understand.”

“Either we’ll go on as the America we formerly knew or we’re done,” she added. “We’re done. I hate to say it, but I’ve been at the top of the top in Washington, D.C., and I have watched this every second of my life every day since. This is where we’re at. We either have a chance to go back to where we were and have America become great again or we’re done. We’re done.”

I am constantly amazed by all the Republicans who believe Biden is so powerful, that he can remake our entire government with a snap of his finger. I wish. But it doesn’t work that way. I also can’t figure out when, exactly, Bachmann thinks America was so great that she wants to return to it. Hell, we ought to be living in her GOP utopia right now, but that doesn’t seem to be the case.

The good news is that Bachmann is lying. The bad news is that it doesn’t even seem like her deranged opinions are even all that radical compared to the other right-wing lunatics in her party these days. That can’t be a good sign.

Please vote. Vote early. There are only six more weeks before the deadline. Don’t procrastinate on this one. 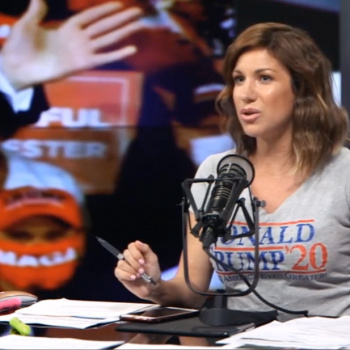 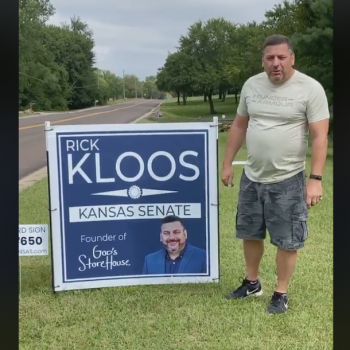