Illinois State Rep. Amy Grant (below) is one of those Republicans who represents a historically conservative district — one that includes the well-known evangelical school Wheaton College, but one that has also been turning blue quickly. Grant was first elected in 2018, winning only 52% of the votes, and she’s facing a tough progressive challenger this year, Ken Mejia-Beal.

She’s clearly flustered by him. 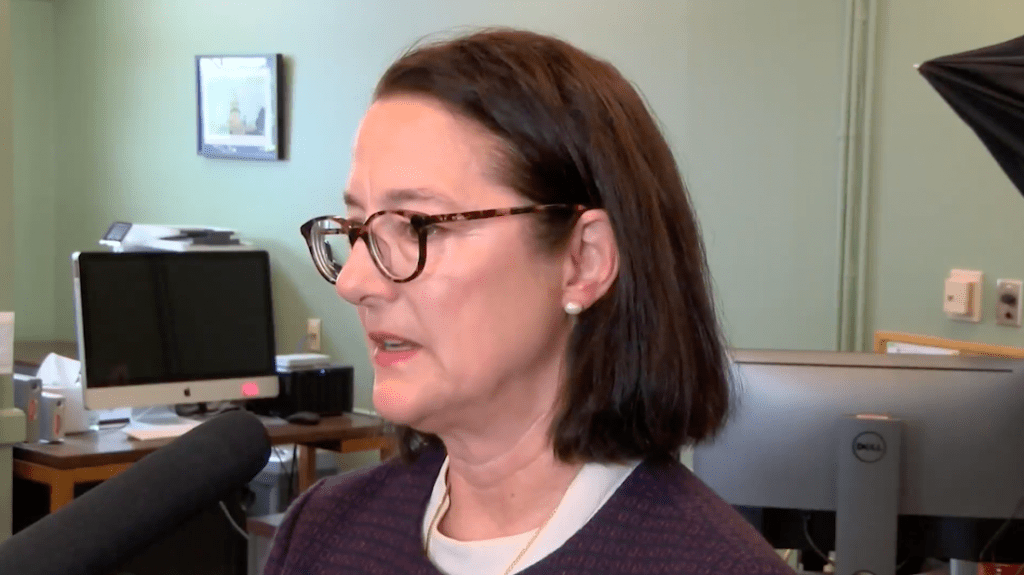 So flustered that during a fundraising call from late August, which went public this week, she went full bigot against Mejia-Beal, who’s Black and openly gay:

I mean he’s just another one of the Cook County people. That’s all you’re gonna vote for is Cook County, another, ya know, Black Caucus, that’s all we need is another person in the Black Caucus…

God forbid the Black Caucus gain a new member… why exactly would that be a problem, Rep. Grant?

Grant kept going, talking about how Mejia-Beal wouldn’t even be welcome in their district:

GRANT: I just think that maybe he’s afraid of the reaction that people might give him. Not because he’s Black, but because of the way he talks. He’s all LGBTQ. He wants to work for the chronically ill. He just gives us like crazy, and every week it’s a different reason for why he wants to get into the race.

So… the people of Wheaton wouldn’t react well to him because he’s gay and apparently has a heart for people struggling with their health?

Grant didn’t deny saying any of this. How could she? There are recordings of it. But she offered this pathetic statement: “These comments do not reflect my heart or my faith.”

Yes they do. She said them. She wasn’t misinterpreted. She wasn’t taken out of context. She certainly hasn’t offered a context in which they sound any better. She’s just another racist homophobic religious zealot, the sort of person who has long found a home in that suburb of Chicago, but who is rapidly finding her beliefs in the minority — thank goodness.

Mejia-Beal reacted with far less anger than I have — and I’m just writing about it.

My statement on the bigoted comments made by Amy Grant : pic.twitter.com/6rgz52tcBC

… in her hurtful, degrading, and wholly unacceptable comments which have now come to light, Representative Grant makes it clear that she sees only the color of my skin and my sexual orientation — and that in her mind disqualifies me as a leader and even disqualifies me as a member of our community.

Nowhere in Representative Grant’s one-line public response or the phone message she left me reading that same message is any acknowledgement that the statements she made so matter-of-factly on those recordings were also a grievous insult to every member of our community. Where is Representative Grant’s apology to those who hear her comments and wonder if they fit into her vision of our community? Where is the apology to all whose faith calls them to love their neighbors as themselves? Where is her apology to all in our area who are sick of politicians dividing people with their rhetoric? And where is Representative Grant’s commitment to use the time she has remaining in office to finally represent all of our unique community?

He’s a good guy, by the way. Just check out his campaign ad and credentials.

It’s been days since all this happened, and Grant still hasn’t figured out how to respond. She spoke with the editorial board of the Daily Herald newspaper yesterday — a newspaper that recently endorsed her for some reason — and couldn’t even deliver a straight apology without staring at her notes. Even then, it wasn’t a good one.

“I made a very clumsy and insensitive statement that does not reflect how I feel about my colleagues and any candidates,” Grant said in a prepared statement at the start of the meeting. “My faith is part of my daily life, and hearing those words calling me ‘racist’ rocks me to my core because that’s not who I am.”

“I just don’t have the type of personality that would look at another person and say, ‘Oh, you’re not just perfectly right, so I’m going to disparage you,'” Grant said. “If I hurt his feelings, I am very sorry.“

She’s only sorry if she hurt his feelings. Otherwise, screw it. Great apology there.

Imagine how out of touch with reality you have to be right now to be a conservative Catholic and think racism and bigotry is incompatible with it. The current administration is full of white evangelicals and conservative Catholics who have used their power to spread their racist, anti-LGBTQ policy agenda. Grant’s faith is precisely why she can’t be blindly expected to do the right thing; the implicit virtue of being Catholic went out the window decades ago. She needs to prove it through her words and deeds, and it turns out her words and actions are racist and bigoted. No shock there.

We’re talking about someone who also opposes abortion rights and believes businesses should be permitted to discriminate against LGBTQ customers. She said all that during a debate two years ago. So let’s stop pretending she’s not actually homophobic.

If she had any decency here, she’d just drop out of the race and spend time educating herself. She won’t do that, though. So the next best thing would be watching her go down in flames on Election Day because a gay Black progressive candidate earned more votes than she did with her platform of faith-based hate.

You can donate to Mejia-Beal here. 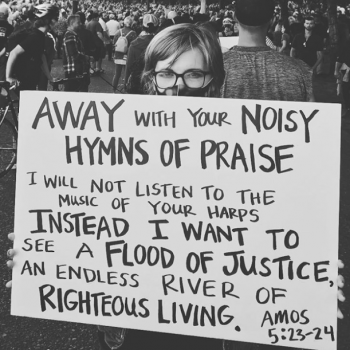