Jesus was arrested. Or at least a guy who looks like Jesus. A guy who at least claims to be God’s voice in this world. Also, he lives in Siberia. Oh, and he used to be a traffic cop before he formed his cult which currently has several thousand followers.

“Vissarion” — born Sergei Torop — began the Church of the Last Testament in 1989. But he’s been on the public’s radar for at least two decades, ever since word got out that he was brainwashing a bunch of people and taking their money. His cult requires everyone to adopt veganism and rejects all exchanges of money within their commune. “Everything is banned here,” said one happy follower. The only exception was falling in love.

Followers wear austere clothing and count years starting from 1961, the year of Vissarion’s birth, while Christmas has been replaced by a feast day on 14 January, his birthday.

But now he’s been arrested:

Helicopters and armed officers stormed communities run by Sergei Torop, known to his followers as Vissarion, and arrested him and two of his aides. Russia’s investigative committee said it would charge him with organising an illegal religious organisation, alleging that the cult extorted money from followers and subjected them to emotional abuse.

If those are the real reason they went after him, it’s worth asking: Why now? He’s been running the same charade for a long time, so if the problem is the brainwashing and embezzling, the better question is why they didn’t go after him sooner.

It’s also not clear what happens to his followers. As dangerous as it was for them to be in his cult, the prospect of thousands of people losing the leader their lives all revolve around may be even worse. Who knows if they’ll retaliate or get violent in any way?

The story itself is bizarre. But the story of why and how Torop was arrested is just vague and incomplete… for now. Here’s hoping a fuller picture emerges in due time.

(Thanks to Brian and Savanna for the link) 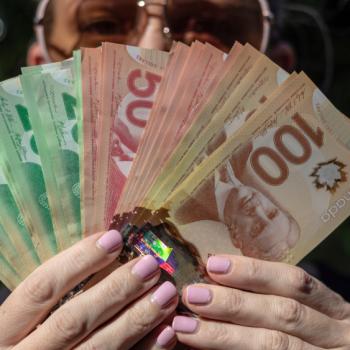