Having solved all other problems in the country, Senate Republicans have introduced legislation that would revoke federal funding from public schools that allow transgender girls to play high school sports.

… It shall be a violation… for a recipient of Federal funds who operates, sponsors, or facilitates athletic programs or activities to permit a person whose sex is male to participate in an athletic program or activity that is designated for women or girls.

For purposes of this subsection, sex shall be recognized based solely on a person’s reproductive biology and genetics at birth.

Besides misgendering people in her press release, Loeffler, a racist who managed to piss off the WNBA team she co-owns, even includes a supportive sound bite from the leader of a Christian hate group:

“I applaud Sen. Loeffler for introducing the Protection of Women and Girls in Sports Act,” said Tony Perkins, Family Research Council President. “Allowing boys to play on girls’ sports teams is unfair and it poses increased physical risk to girls, particularly at the high school and college levels. Sen. Loeffler’s bill will help ensure that girls are afforded the opportunity to play on a level playing field.

Boys aren’t playing on girls’ sports teams. That’s not how being trans works. And, by the way, many high school athletes can’t even play sports right now because Republicans like Loeffler have refused to force the Trump administration to take action to protect people and push back against COVID. Instead, by downplaying face masks and caving in to Trump’s every demand, many students are unable to be in the classroom at all, much less playing sports.

Loeffler doesn’t care. She’s a conservative Christian. She just wants meat to feed her base, not solutions to actual problems. She finds joy when LGBTQ people are miserable, especially when she can turn the dial herself. That’s what her faith teaches her to do. Why become a public servant when your only goal is punishing public institutions?

The Family Policy Alliance, the advocacy arm of Focus on the Family, is already celebrating her bigot bill and trying to raise money off of it.

Loeffler is running in a special election this November. Her main Democratic opponent is Raphael Warnock, an inspirational progressive preacher who could help take back the Senate. If her legislation angers you, as it should, please consider donating to him here. 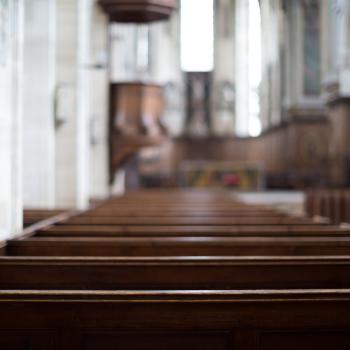 September 23, 2020
Germany's Largest and Richest Archdiocese Will Close 90% of Its Churches by 2030
Next Post