Their ad makes clear everyone should “follow precedent” and “confirm the judge.”

Severino also played up the precedent idea during an interview with Breitbart News.

“There is a precedent game, and the precedent says if the White House and Senate are held by the same person, the nominee gets confirmed,” Severino said. “So, to the extent that you’re looking at precedent, it says clearly this is the kind of case that gets confirmed.”

But as Right Wing Watch notes, that’s all kinds of ironic coming from her, because in 2016, she was making a very different argument. Back then, to block President Obama‘s pick from getting confirmed in the several months prior to the election, her organization argued that the people ought to decide.

The video is still available online:

There was, of course, nothing in that ad about the difference in political parties. That’s a rule Republicans are making up now to justify their blatant hypocrisy. You would have to be a partisan hack or a gullible GOP voter or a hypocritical white evangelical or Carrie Severino to believe it.

I guess even she doesn’t give a damn about her own advocacy ads. 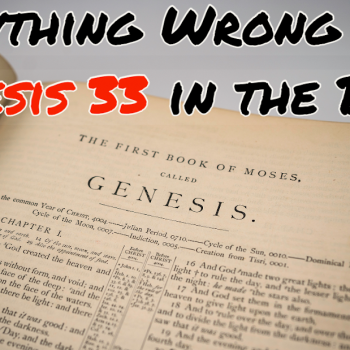 September 21, 2020
Everything Wrong With Genesis 33 in the Bible
Next Post