The Department of Defense, under the Trump administration, has released new guidelines that effective allow U.S. military leaders to get away with preaching to their subordinates. 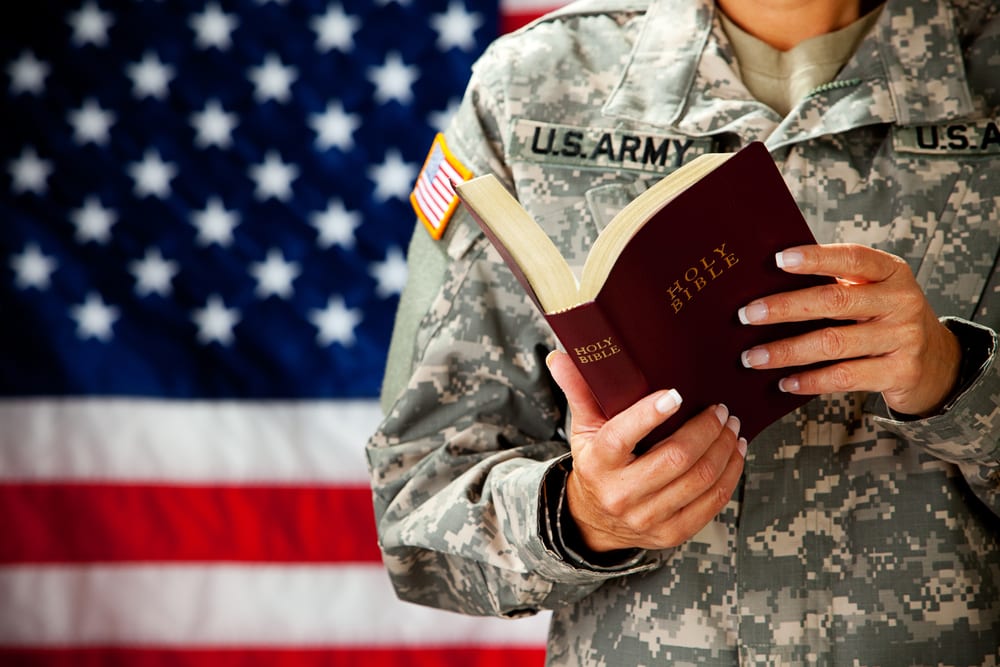 Consider this: Earlier this year, the official Facebook page for the 10th Mountain Division Sustainment Brigade — part of the Fort Drum Army base in northern New York — featured videos promoting Christianity and telling soldiers that Christianity is “so important to our livelihood.” Those videos only came down after a complaint from the Military Religious Freedom Foundation on behalf of several soldiers at that base.

Also this year, a chaplain posted a Corinthians-inspired sex “dare” on a Facebook page for an entire military division. MRFF’s intervention led to the Army’s Chief of Chaplains office to issue new guidelines to chaplains in order to prevent future proselytizing.

Or how about the chaplain who used his military email address to send out a book by preacher John Piper claiming (falsely) that God sent coronavirus to punish us for our sins? That was this year, too.

This isn’t complicated. If you want to promote religion, do it on your own time. The military is not your church playground.

But now the DoD is revising its own rules to make clear that preaching is acceptable in certain circumstances.

Earlier this month, under intense pressure from Christian GOP members of Congress, the Pentagon released revised regulations that allow military leaders to push faith on their subordinates. The new rules “accommodate individual expressions of sincerely held beliefs” — i.e. allow proselytizing — as long as it doesn’t have an “adverse impact on military readiness, unit cohesion, good order and discipline, or health and safety.”

But by that logic, everything is permissible. An officer who tells his soldiers they need to accept Jesus could easily argue that God brings everyone together and improves their spiritual health. Unless a soldier complains about it — and there’s incredible pressure on that soldier not to do so — the proselytizing will continue unabated.

The other limitation is that an officer’s “sincerely held beliefs” cannot be used to punish anyone, denying someone a promotion, etc. But this, too, is easy to dance around; if a Christian officer punishes a Muslim soldier without explicitly citing religion, how could anyone prove otherwise?

The argument in favor of these new rules is that they simply reinforce the law as it is. But by spelling out a way for Christians officers to preach without punishment, it’s creating a situation where our military becomes a de facto Christian institution for anyone who chooses to exploit the rules.

MRFF’s Mikey Weinstein told the Military Times that the revised regulations “obliterate the wall of separation between church and state in our military.”

Although Weinstein claimed that the majority of his clients are Christians, he said that MRFF would “fight tooth and nail, day and night to stop this new, twisted and perverted version” of the new policy from being implemented.

“Indeed, MRFF will never allow this brand-new regulatory provision to illicitly buttress the already repugnant and omnipresent efforts of the fundamentalist Christian religious right from perpetuating its pervasive and pernicious pattern and practice of forcing its weaponized version of the Gospel of Jesus Christ upon otherwise defenseless military subordinates,” Weinstein said in a statement to Military Times.

A letter posted to MRFF’s website, from a retiring officer whose name was withheld, explained the ramifications of the new regulations:

… I am glad that I am retiring, I could not serve under those rules. Mainline Protestants, Progressives, Unitarians, Jewish, Muslim, Women Chaplains, and LTBTQ chaplains, and even the Roman Catholics and Eastern Orthodox (though the latter haven’t figured it out yet) will be persecuted and driven out of the service. Servicemen and women who are not Evangelicals, Charismatics, Or Fundamentalists will not be welcome and be forced to endure mandatory “all hand” ceremonies where their beliefs, are openly disrespected by Chaplains Praying “in Jesus Name,” and proselytization of all forms.

Naturally, the Christian Right group First Liberty Institute is celebrating the changes. But let’s be honest: If Muslim officers promoted Islam the way Christian officers have routinely promoted Christianity, First Liberty would be up in arms about it. They only like these new rules because it caters to their self-interest at the expense of everybody else.

Religion has no place in the U.S. military. People in the military are, and always have been, entitled to their own faith, but under no circumstances should officers be using their positions to spread the Gospel. This was never about “religious liberty.” This is about religious privilege afforded specifically to conservative Christians. But because of Republicans, Christians have been given a green light to promote their faith while working for the government. 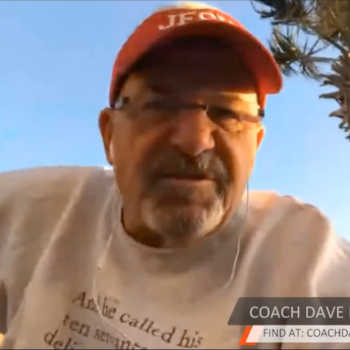