Over the weekend, Secretary of State Mike Pompeo spoke at Prestonwood Baptist Church in Texas and told the (indoor, mask-optional) congregation that we live in a Christian country.

It’s only the most recent example of Pompeo using his pulpit as the nation’s top ambassador to promote his conservative Christian religion.

Back in October, the front page of the State Department’s website promoted a speech he gave with the headline, “Being A Christian Leader.” (Replace “Christian” with any other religion and you can imagine what the outcry would look like among the FOX News crowd.)

Pompeo told the Texas church about “America’s foundation as a Judeo-Christian nation” and that “Connecting faith to America’s foreign policy is imperative. It’s a good thing.”

We’re not, and never have been, a “Christian Nation” in any meaningful sense of the word. Certainly not the way Pompeo intends. Entire books have been written explaining why that’s not the case. And praising the country for using Christianity to guide our foreign policy makes as much sense as congratulating Saudi Arabia for using Islam as the basis for its government; “faith-based” policy is always bad when it’s someone else’s religion, and a nation founded on religious freedom doesn’t have some kind of default Christian setting. That’s just a myth that ignorant conservatives spread.

Faith doesn’t strengthen American diplomacy, as Pompeo put it. It hinders our ability to get things done because we’re more interested in advancing one religious group’s agenda rather than doing what’s best for our nation as a whole. Just this summer, the Pompeo-created “Commission on Unalienable Rights” issued a report which the Center for Inquiry said “abandons and endangers people overseas who are persecuted for their nonbelief, sexual orientation, and gender identity, as well as those who seek comprehensive reproductive health care including abortion and contraception.”

According to the Christian Post, Pompeo also told the church what happens when you don’t live in a Christian Nation:

Giving an example of what a godless nation would look like, he referred to the communist nation of China, where Uighur Muslims are being subjected to internment in the Xinjiang Uighur Autonomous Region. Estimates suggest that over 1 million to as many as 3 million Uighur Muslims and other minority groups in Western China have been placed in internment camps.

Pompeo said the United States is taking that seriously for the first time under the Trump administration.

Pompeo is lying. In fact, former National Security Adviser John Bolton said back in June that Trump gave his blessing for those internment camps. He wrote in his book:

… At the opening dinner of the Osaka G-20 meeting in June 2019, with only interpreters present, [Xi Jinping] had explained to Trump why he was basically building concentration camps in Xinjiang. According to our interpreter, Trump said that Xi should go ahead with building the camps, which Trump thought was exactly the right thing to do…

Should we be thanking Jesus for that gross violation of human rights?

No one’s denying Pompeo his personal faith. But when he brings it into the workplace, as he’s done time and time again, he’s reminding the world that our nation doesn’t give a damn about people who aren’t conservative Christian. 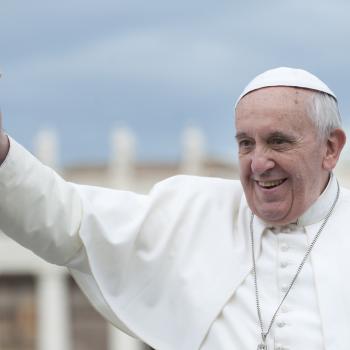 September 21, 2020
Pope Francis Said God Loves LGBTQ Children "As They Are" (But There Are Limits!)
Next Post 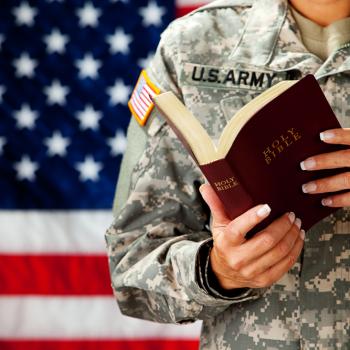