Christian Preacher: God Will Punish RBG for “Every Act of Abomination”

Pastor Jeremiah Johnson, a self-described “prophet” who said recently that Dr. Anthony Fauci was a “big rat” sent by Satan to thwart Donald Trump and that COVID is a “demonic attack” against Baby Boomers, posted his thoughts yesterday about the passing of Ruth Bader Ginsburg.

So you knew this wouldn’t end well… 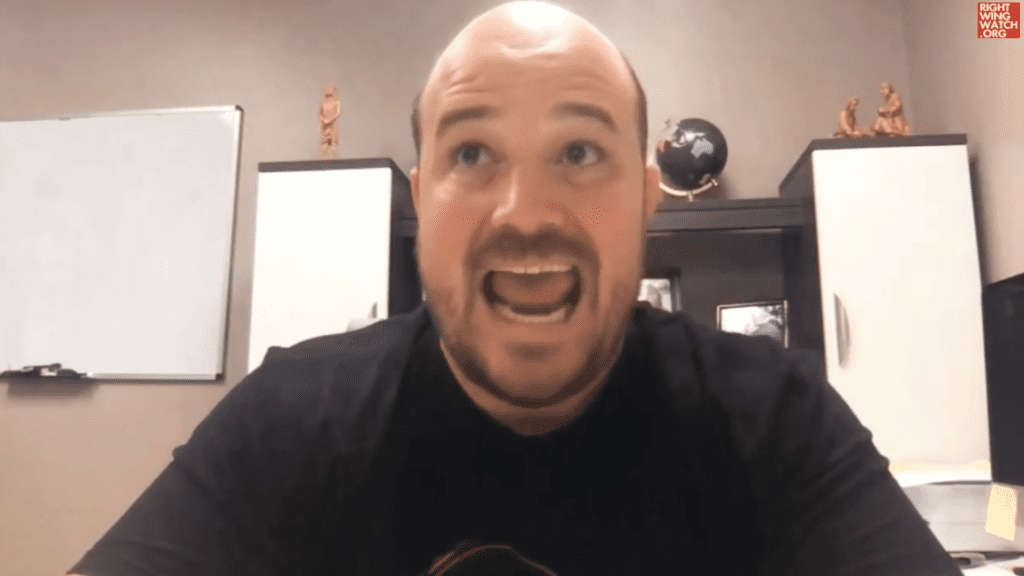 After listing a bunch of Bible verses about how immorality is always punished by God, Johnson went into Ginsburg’s supposed sins:

… Ruth Bader Ginsburg ruled repeatedly on the side of infanticide, partial-birth infanticide, homosexual ‘marriage’ (and officiated homosexual ‘weddings’), against religious liberties, and saw to it that the Supreme Court stopped dating their documents ‘In the Year of our Lord.’

Ginsburg has now discovered that there is a court higher than the one called ‘Supreme’ and she does not sit in the seat of the judge, but as the defendant.

She will answer to a holy God who remembers every ounce of bloodshed she is responsible for and every act of abomination she approved of. The justice of God knows no delay, and the law of God knows no limits.”

“And as it is appointed unto men once to die, but after this the judgment (Hebrews 9:27).”

God will repay her according to the deeds she has done!

Nothing makes some Christians happier than imagining their enemies getting tortured in Hell.

Just to set the record straight, Ginsburg didn’t promote “infanticide” or “partial-birth infanticide” because those would involve actual human babies.

Ginsburg supported religious freedom for all instead of religious privilege only for conservative Christians.

And she only got the Court to stop putting “In the Year of our Lord” on documents because Orthodox Jewish lawyers who practiced in front of the Court found that default Christian phrase offensive; she was accommodating their religious beliefs, which is a thing evangelicals tend to support… at least when it applies to them.

Before you get mad at Johnson, though, here’s a strange twist: He appears to have plagiarized that part of his post — the one titled “MY OFFICIAL RESPONSE TO THE DEATH OF R.B.G.” — from another Christian, Jordan Hall.

Hall was informed about the theft and posted this:

Maybe we just call it a tie since they’re both vile.