Who needs to debate policy when you can just say a political opponent is “evil” and be done with it?

That’s the strategy of self-proclaimed “prophet” Jeff Jansen, who recently said on the Destiny Image YouTube channel that the upcoming election was a matter of “good versus evil.” Why? Because it would decide if American would “return” to God.

… Jansen asserted that President Donald Trump has been “hand-selected” by God to lead America to Jesus Christ and that the Democratic Party is “anti-God” and fundamentally evil.

“There are two choices that we have,” he continued. “And the choices are this: It’s not a Democratic Party. It’s not a Republican Party. It’s good versus evil. And I’ll go on record to say that the Democratic Party today is the anti-God party. It just is. … This is not Democratic, and this is not Republican. This is good versus evil. The Democratic Party of today is anti-God, they want to pull God out of The Star-Spangled Banner, they want to pull it out of all of our context, and they are anti-Christian, they are anti-God. They are pro-abortion, partial-birth abortion. They [support the] destruction of the family with homosexual marriage.”

“On the other hand, President Trump is fighting for our freedom,” Jansen stated. “We don’t have an option anymore. There is no Republican-Democratic option. This is literally good versus evil.”

For the record, there’s no “God” in “The Star-Spangled Banner” nor any attempt by Democrats to get rid of… the word that’s not in there. (If he actually meant the Pledge of Allegiance, well, Democrats aren’t trying to remove “under God” from that, either.)

Jansen also said Donald Trump ran for office not for prestige or money, but because he’s a patriot. That’s also a lie. He stumbled into the presidency and has enriched himself with taxpayer money even as he makes a show of donating his comparatively small salary.

As for being hand-picked by God, it’s an unusual claim to make about someone who lives like he’s never opened a Bible in his entire life (or held one up, unless it’s for a photo-op). Trump, after all, is on record claiming that he doesn’t need repentance. Pastors have also compared Trump to King David, another biblical figure who committed adultery (more likely rape) and arranged a murder but was eventually privileged to become part of Jesus Christ’s ancestral line.

The difference between the two men — and this is huge — is that David repented of his wrongdoing. Trump hasn’t. Trump won’t. He can say whatever magic words white evangelicals want to hear, but at the end of the day, his actions continue to speak louder than his words.

If you value democracy and basic freedoms for everyone — not just white evangelicals — vote for the more progressive candidates up and down the ballot. 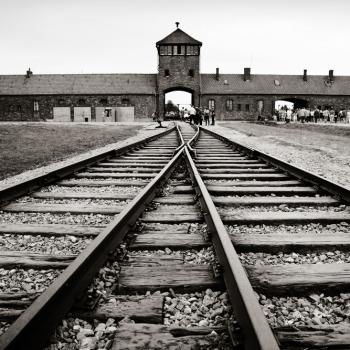 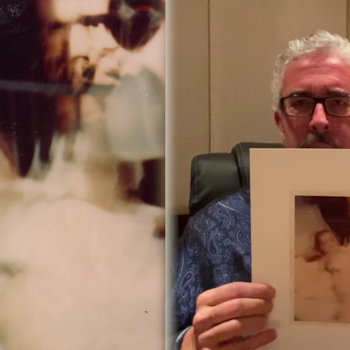 September 19, 2020 Pastor: This Blurry Picture from 1980 Shows Jesus Standing By a Hospital Bed
Browse Our Archives
What Are Your Thoughts?leave a comment