For weeks now, North Valley Baptist Church in Santa Clara, California has been defying local COVID restrictions by holding massive indoor services that break the law by not requiring face masks, not taking social distancing seriously, and including singing (which spreads the virus).

That’s why county officials posted a multi-page notice on the door of the church letting them know of all the violations and making it clear that there would be financial penalties if they continued like this.

The initial fine just for the lack of social distancing was $250, but the county warned the church that the number would get higher each day the protocol wasn’t followed, up to $5,000.

In addition to that, there would be a separate $5,000 fine for all the other violations that would apply to every service.

Pastor Jack Trieber didn’t care. He posted a video online (when the fines were at $10,000) claiming this was a form of Christian Persecution, sending a clear warning that “this area needs the church.”

Since that time, Trieber has continued to hold indoor services.

But here’s the good news: The county refused to blink.

In a video posted earlier this month, Trieber complained that the church now owed the county an astonishing $52,750, according to a bill he showed on camera — and there would be more to come if the church kept refusing to accept the reality of the virus.

Trieber also said in that video that he wasn’t backing down. “We are not closing down this church,” he insisted… even though no one was asking him to do that. All he had to do was move it outdoors.

Okay, said the county. If you’re not closing down, we’ll keep fining you.

Officials kept adding to their ever-growing list, sometimes issuing multiple five-thousand-dollar fines in a single day due to the church’s multiple services.

And now, only after the bill sits at $112,750 — which the county says the church must pay — has Trieber finally caved.

Last Wednesday, he took his services outdoors. The Mercury News has some excellent reactions from county officials:

“The fact that we were absolutely going to pursue this made very clear that this is not optional,” [county attorney James] Williams said. “It’s essential to our community’s safety.”

It wasn’t until the county counsel’s office informed North Valley’s leadership that it was on the cusp of filing a civil injunction this week — in partnership with the Santa Clara County District Attorney — that the church finally backed down. At that point, Williams surmised, the ever-growing fines and threat of legal action were enough to tip the scales.

For its part, North Valley has yet to pay off its fines, which the county does not plan to waive, Williams said. As for those framing the discussion in terms of religious freedom, “it just doesn’t resonate.”

See what happens when you don’t let the death cults win? Happiness and rainbows everywhere.

Here’s what the services looked like over the weekend:

I know it looks downright comical, with people honking their horns in lieu of shouting “Amen,” but who cares?! They get to have their service! That should be all that matters. The county didn’t say they couldn’t gather for church; they just demanded the church take reasonable precautions.

The government pressure finally forced these Christians to do the right thing, because they sure as hell couldn’t be counted on to do it themselves. It’s not ideal, but it’s a perfectly reasonable sacrifice.

Moral of the story: If the government takes the virus seriously enough to keep levying fines on pastors and demanding they get paid, the churches will eventually cave. Just as they should. (Hear that, John MacArthur?)

Trieber and his colleagues could’ve done the right thing from the beginning. Instead, that tithe money will finally be put to some good use, going right back into the county’s coffers. 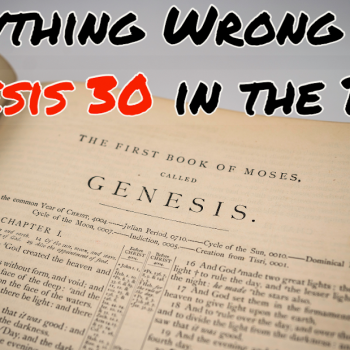 September 14, 2020
Everything Wrong With Genesis 30 in the Bible
Next Post 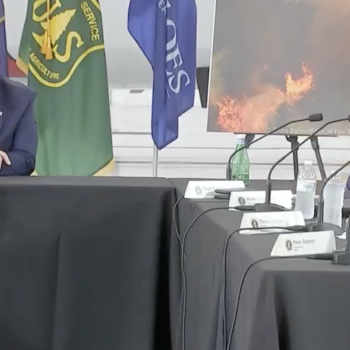 September 15, 2020 As California Burns, Trump Rejects the Climate Science That Explains the Chaos
Browse Our Archives
What Are Your Thoughts?leave a comment