Despite a court order preventing his church from hosting a massive in-person gathering, California Pastor John MacArthur did it anyway Sunday morning, putting hundreds (if not thousands) of Christians directly in the path of danger.

For more than a month now, MacArthur, the leader of Grace Community Church in Sun Valley, has been celebrating the lack of social distancing and face masks in his congregation. A couple of weeks ago, he falsely claimed, “There is no pandemic.” And yesterday, he once again broke the law when he shunned the idea of outdoor services with sensible COVID restrictions in favor of an indoor service with no restrictions whatsoever.

The sermon opened up with a lengthy ovation from the crowd — because a death cult always celebrates its leader — before MacArthur explained why the county’s restrictions were too onerous for him to follow:

Before we begin, the question has come up a number of times about why Grace church does not just comply with the orders that have been laid down for churches. And I thought it might be helpful to give you the list of things that are required of us as a church so that you understand how utterly impossible that would be.

Here are the basic orders.

– No indoor meetings at all
– Pre-registration of every person who comes on the church property
– People only allowed on church property for scheduled events
– Every person who comes on the property is to be screened and have their temperature taken at the entry
– We all must maintain six feet of social distance at all times everywhere, including the parking lot and the restrooms
– Every other parking space must be left vacant
– Marked pathways to maintain social distance
– Keeping people apart by staff monitors
– Everyone always wearing a mask
– Restroom monitors to control six feet social distancing at restrooms
– Tape on the ground marking distance
– Signs indicating these mandates and also full exposure on social media.
– Restrooms are to be used during the service to minimize the rush. That would be interesting.
– No hymnbooks
– No communion
– No offering containers
– No pew bibles
– No singing
– No hugging
– No shaking hands
– Disposable seat covers changed between services
– And the services have to be shortened. (That’s not a problem to me, right?)

And based upon the separation, we could only meet in the tent with a maximum of 350-400 people. You can see these are the requirements that would completely shut the church down. Anyone who comes in contact with someone outside their family for more than 15 minutes must self-quarantine for two weeks.

Obviously this is not constitutional, but more importantly, it goes against the will of the Lord of the church who calls us to gather, amen? So look at the person next to you and say “I don’t know who you are but I’m so glad I’m sitting next to you.”

You can hear the congregation snickering as he reads some of those perfectly reasonable requirements. They laughed out loud at the idea of keeping every other parking spot vacant and using restrooms in a way that didn’t leave them jam-packed and unhygienic.

Obviously, the requirements are constitutional because they’re in the service of maintaining public health and because everyone else is subject to the same rules.

They’re far from “utterly impossible,” too. Other churches seem to be getting by just fine, all things considering. Why is it that everyone except MacArthur can do the impossible? (His God must be weak.)

MacArthur could meet outdoors. He could host multiple services by keeping fewer people socially distanced. He could do what so many other churches have done and stream services online.

MacArthur refuses to do any of this because he’s a selfish preacher who will gladly sacrifice the physical well-being of his congregation in order to become a living martyr for the cause of faith-based negligence in the face of disaster.

How many people in his church have to die before he admits he’s the villain in this story?

And here’s are some new questions: Now that MacArthur is openly defying a court order, what will the government do in response? Will they arrest church leaders? Will they board up the building? Will Christians be allowed to ignore laws they don’t like even if it means creating super-spreader events that put the entire community in danger?

Why should this church be allowed to ignore the restrictions imposed upon everyone else in the midst of a pandemic?

If MacArthur is allowed to get away with this, it calls into question the entire rule of law, much less religious neutrality.

Just because MacArthur doesn’t give a damn about his church members doesn’t mean the government should act the same way. Unlike these Christians, government officials should act with compassion and intelligence and shut this place down before more people have to suffer. 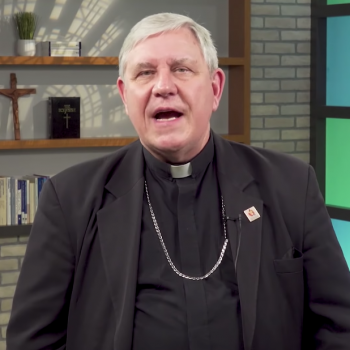 September 14, 2020
Milwaukee's Archbishop Is Guilt-Tripping Catholics Into Returning to Church
Next Post 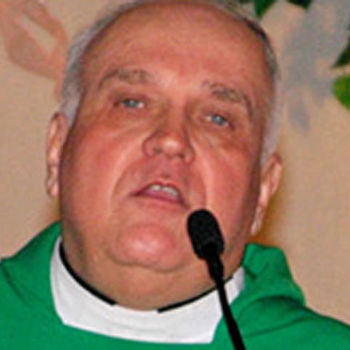