“Prophet”: CA Lawmakers Are Legalizing Pedophilia Before Trump Arrests Them

Christian Right activist Mark Taylor, the subject of the Liberty University-connected film The Trump Prophecy and guy who recently claimed Black men were hanging themselves to become martyrs for the Black Lives Matter movement and prevent Donald Trump‘s re-election, has a new dumb idea.

He said earlier this week on Chris McDonald’s “The MC Files” YouTube show that California lawmakers were trying to legalize pedophilia before Trump can arrest Democrats over it.

As I explained last week, the law he’s referring to has nothing to do with legalizing anything. It merely fixes a law that discriminates against LGBTQ people; if passed, it would allow judges to treat gay people the same way they already treat straight people under the law.

But Taylor, who has no comprehension abilities, still can’t understand that.

“California legislature passes a bill to soften criminal penalty for LGBT adults who have sex with underage teens,” Taylor said. “This is panic. They know they’re in trouble, so they’re trying to get ahead of the narrative and normalize it like it’s no big deal.”

“Why are they doing this?” he asked, rhetorically. “You’ve got to understand what’s fixing to be exposed, what’s being exposed on a huge global scale, which is the pedophilia and child trafficking. They’re trying to make it legal where that you cannot prosecute them. That’s what this is all about. You see what I’m saying? This is what they’re trying to do, or have done, in California. But that’s the reason why they’re doing it: They don’t want to be prosecuted for what’s been going on.”

I will never understand how these deranged Christians get all worked up over imaginary crimes while completely ignoring the very real ones committed by the Trump administration on a daily basis. They would rather complain about imaginary sex trafficking than actual harm facing millions of Americans every day.

This is what happens when your faith requires you to ditch critical thinking. 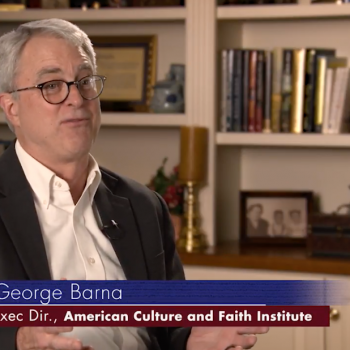 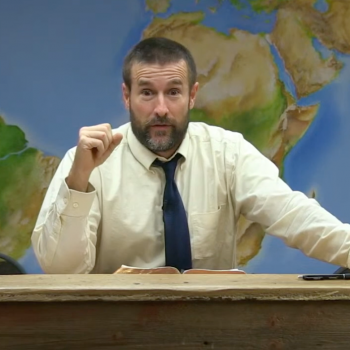