The one conservative Christian mom at One Million Moms (Twitter count: 4,808) is furious that Dole is promoting fruit bowls in a series of new ads.

The premise of the three ads is the same: You’re stuck at home with kids. You have an urge to have adult conversations — maybe talking about sex, maybe swearing — but you don’t want your kids to hear. So instead of saying anything naughty, just say “fruit bowls.” And one of them involves a lesbian couple talking about their children… so you know conservative Christians can’t handle it.

The insinuations and tone in these ads are offensive because of what is represented, and the fact that children actually appear in the commercials is also disturbing. It’s sad that a well-known company has made a deliberate decision to produce a controversial commercial instead of a wholesome one.

One Million Moms finds this marketing campaign highly inappropriate. All three of Dole’s fruit bowl ads are irresponsible and tasteless. It is extremely destructive and damaging to impressionable children viewing the commercial. We all know children repeat what they hear.

The same people who think these ads are “controversial” are planning to vote for a president whose ignorance, cruelty, and lifetime of bad behavior they’re willing to overlook. So don’t make the mistake of pretending that OMM’s Monica Cole actually gives a damn about these commercials. The people who call a fruit commercial “destructive” and “irresponsible” never seem to use those words where they’re actually warranted. They’ve lost all sense of perspective.

Imagine how deluded you have to be to get worked up over these commercials.

Our purpose, at Dole, is to champion Sunshine for All. With that, we believe it is important to bring levity and “sunshine” to all families during these dark times. We believe that by coming together, sharing honest moments we have in common, and sharing a laugh – we can help each other through this. We also believe in celebrating diversity and inclusion in all its forms. For these reasons, Dole proudly stands by our campaign.

September 11, 2020
Everything Wrong With Genesis 28 in the Bible
Next Post 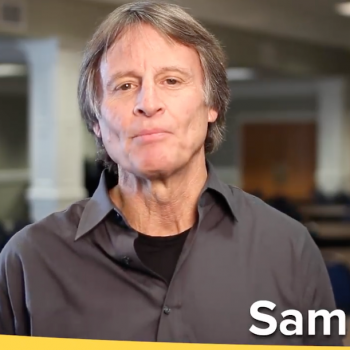